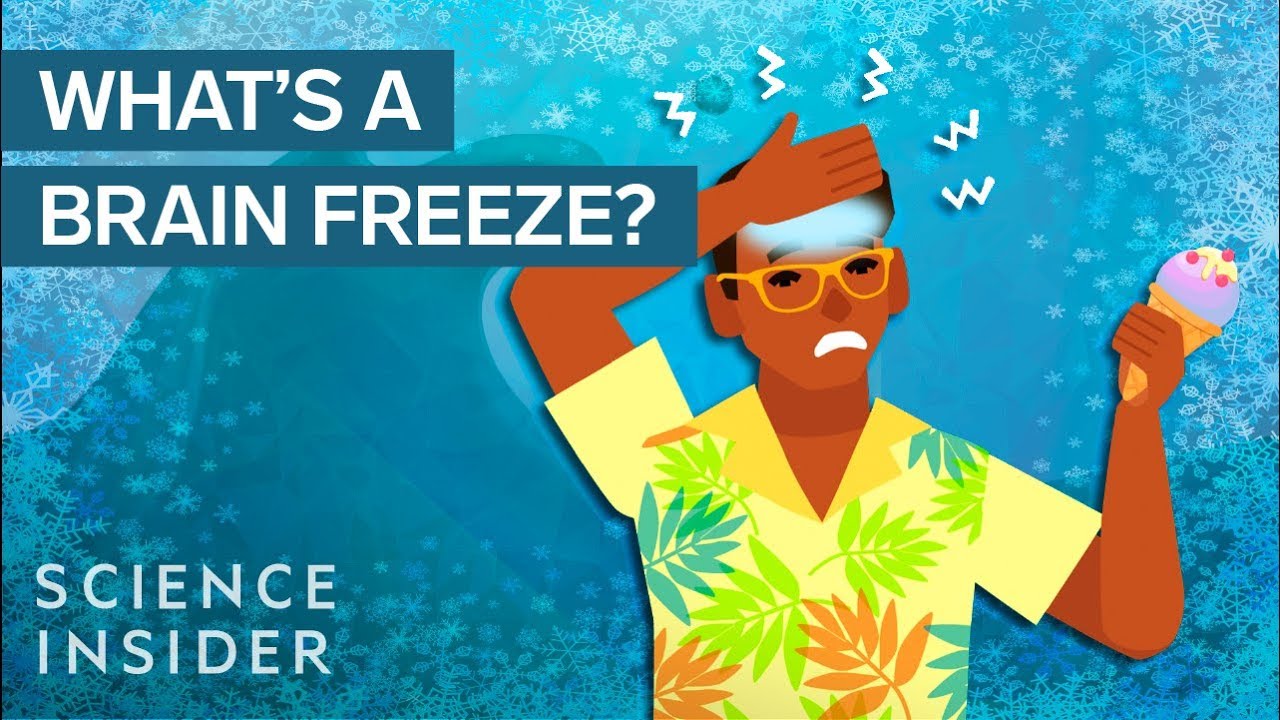 Science Insider tells you all you need to know about science: space, medicine, biotech, physiology, and more.

Following is a transcript of the video:

Ugh, brain freeze! It’s awful. That sharp searing pain in your forehead! But you know what’s even worse? Not everyone gets it! That’s right, some people can suck down as many milkshakes as they want and never feel a thing. Life is so unfair.

And you know what else? These lucky people are ruining it for scientists, too. Brain freeze is one of those scientific mysteries that’s been around since the 1800s. Just throw it in there with UFOs and crop circles. We may never know the real reason behind them!

Ok, maybe that’s a bit of an exaggeration. But here’s the thing: The leading theories for what causes a brain freeze have to do with a physical response that everyone should feel.

The way scientists think it works is this: Brain freeze happens when something cold hits the roof of your mouth, where it triggers your trigeminal nerve. It’s the nerve in charge of sensations you feel around the front of your head. That’s why, when you freeze it to subzero temperatures, the pain is around the temples and forehead.

In fact, different nerves cause pain in different parts of your head. A toothache, for example, can irritate the mandibular nerve, causing pain near the central skull. But when it comes to a brain freeze the source of the pain is different from most other headaches.

Turns out, it’s more similar to why your feet and hands sting when they get too cold. Your body floods that area with blood to try and return it to body temperature and in the process, your blood vessels expand, which causes that throbbing pain.

Similarly, during a brain freeze, blood vessels in your brain widen, sending a rush of blood to the roof of your mouth and, in the process, cause pain.

Now, the trigeminal nerve is a natural part of the body. So, if it’s the real cause of brain freeze, then that means everyone should get it. So why do scientists estimate that only 37% Americans actually feel it? And for that matter, 41% of children in Taiwan and only 15% of the adults in Denmark, according to another study?

Researchers can only speculate: Maybe the trigeminal nerve is less sensitive in certain demographics. One thing that does seem to be clear is that people who do experience brain freeze may also be more susceptible to another kind of mysterious headache: migraines.

In one small study, 93% of migraine patients were also prone to brain freeze. Which has led researchers to suspect that the trigeminal nerve also plays a key role in migraines.

Whatever the reason, just hang in there. Brain freeze usually only last 20-30 seconds. Go ahead and take that time to remember not to slurp so quickly next time.

DART’s Impact with Asteroid Dimorphos (Official NASA Broadcast)
Here’s how we’re positioned in four sectors and some of the stocks we like in each
Perfect Avocado Growing Technique Discussed by Israeli Researchers
This map shows where Amazon is closing warehouses across the country
Hyundai, Genesis, and Kia’s tech arm Hyundai Mobis announces ‘rapid’ North American EV expansion strategy