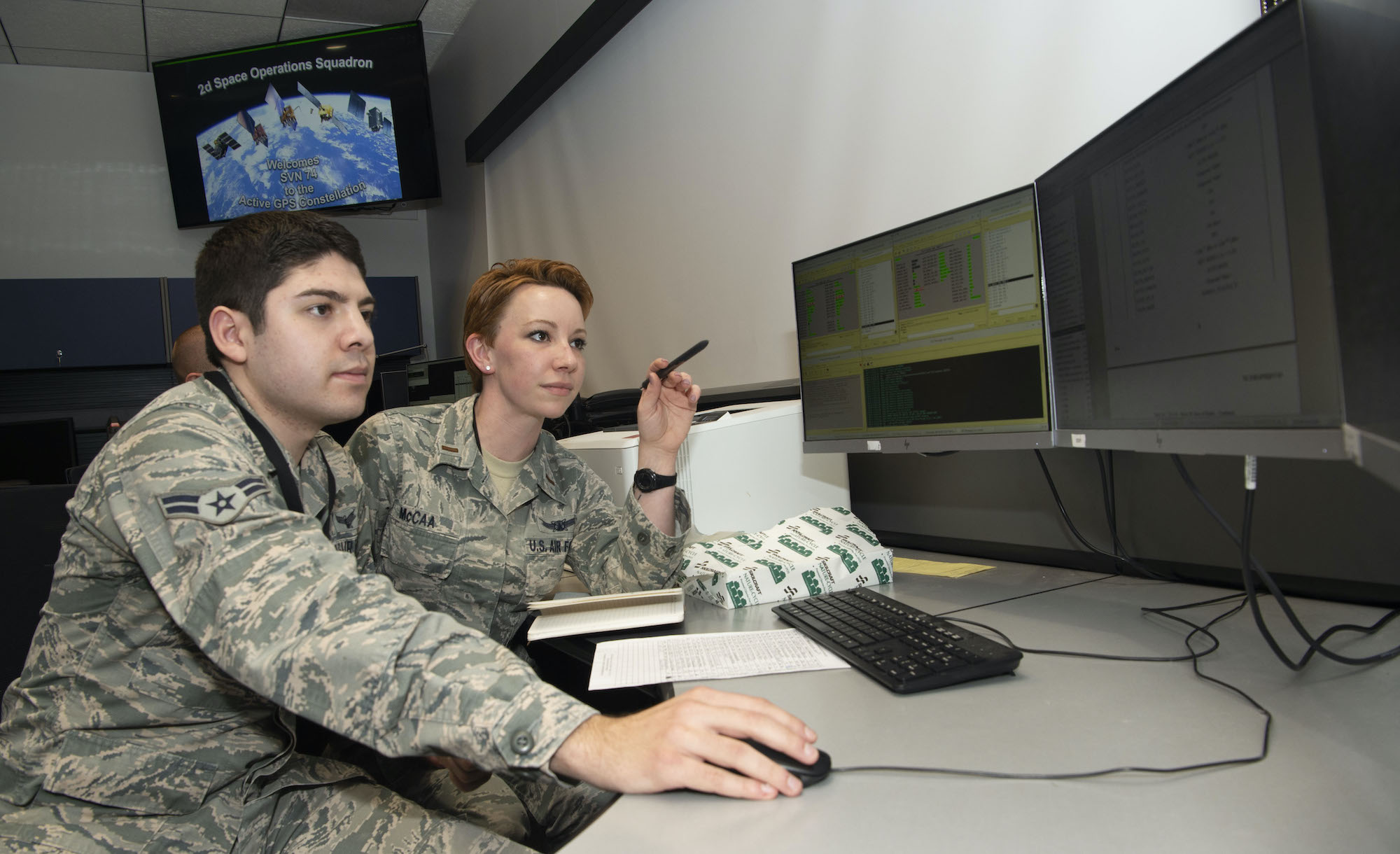 Space Force members will wear a full color flag on the left arm, whereas members of the U.S. Air Force wear a spice brown flag on the right arm.

WASHINGTON — The U.S. Space Force on Friday revealed the nameplates that airmen who are assigned to the Space Force will wear over their existing utility uniforms.

A picture posted late Friday evening on the U.S. Space Force’s official Twitter account shows a U.S. SPACE FORCE blue name tag on a camouflage battle uniform. Airmen who are assigned to the Space Force will wear the nameplates over the battle uniform made with the same camouflage pattern currently used by the U.S. Air Force and the U.S. Army. 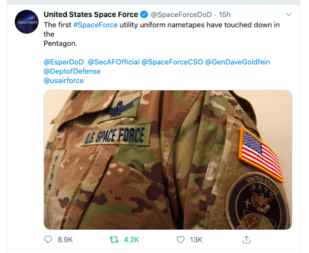 The photo also shows a full color flag on the left arm, which would be unique to the Space Force, as airmen wear a spice brown flag on the right arm.

The Twitter post by the U.S. Space Force immediately caused a stir on the internet, drawing thousands of reactions, including praise, mockery and criticism. One commenter asked why the members of the Space Force would need to wear camouflage in space.

The response from the U.S. Space Force: “We don’t. Space Operators are on the ground, on Earth working with joint partners like the @usairforce and @USArmy. Hence utilizing their uniform.”

About 16,000 airmen who worked for the U.S. Air Force Space Command have been assigned to the U.S. Space Force but only Chief of Space Operations Gen. John Raymond has officially become a member of the new service. All other airmen will have to go through a transfer process to officially leave the Air Force and be re-enlisted or re-commissioned in the Space Force. Civilians assigned to the Space Force will remain employees of the Department of the Air Force.

In an interview Jan. 16 with SpaceNews, Raymond said Space Force planning teams have been working on new uniform designs, the Space Force logo and seal. Details were briefed Jan. 15 to President Trump at a White House meeting by Raymond and Defense Secretary Mark Esper. Raymond said there was a “really good conversation” with the president but did not elaborate.

According to sources, Trump has approved a Space Force seal design and it will likely be revealed on Twitter soon, perhaps by Trump himself.

The Space Force has posted several job opportunities for civilians on USAjobs.gov

“The National Defense Authorization Act for FY2020 approved a new, independent Space Force in the Department of the Air Force. The U.S. Space Force is a military service that organizes, trains and equips space forces in order to protect U.S. and allied interests in space and to provide space capabilities to the joint force,” says USAJobs. “This new military branch is taking shape and is recruiting!”