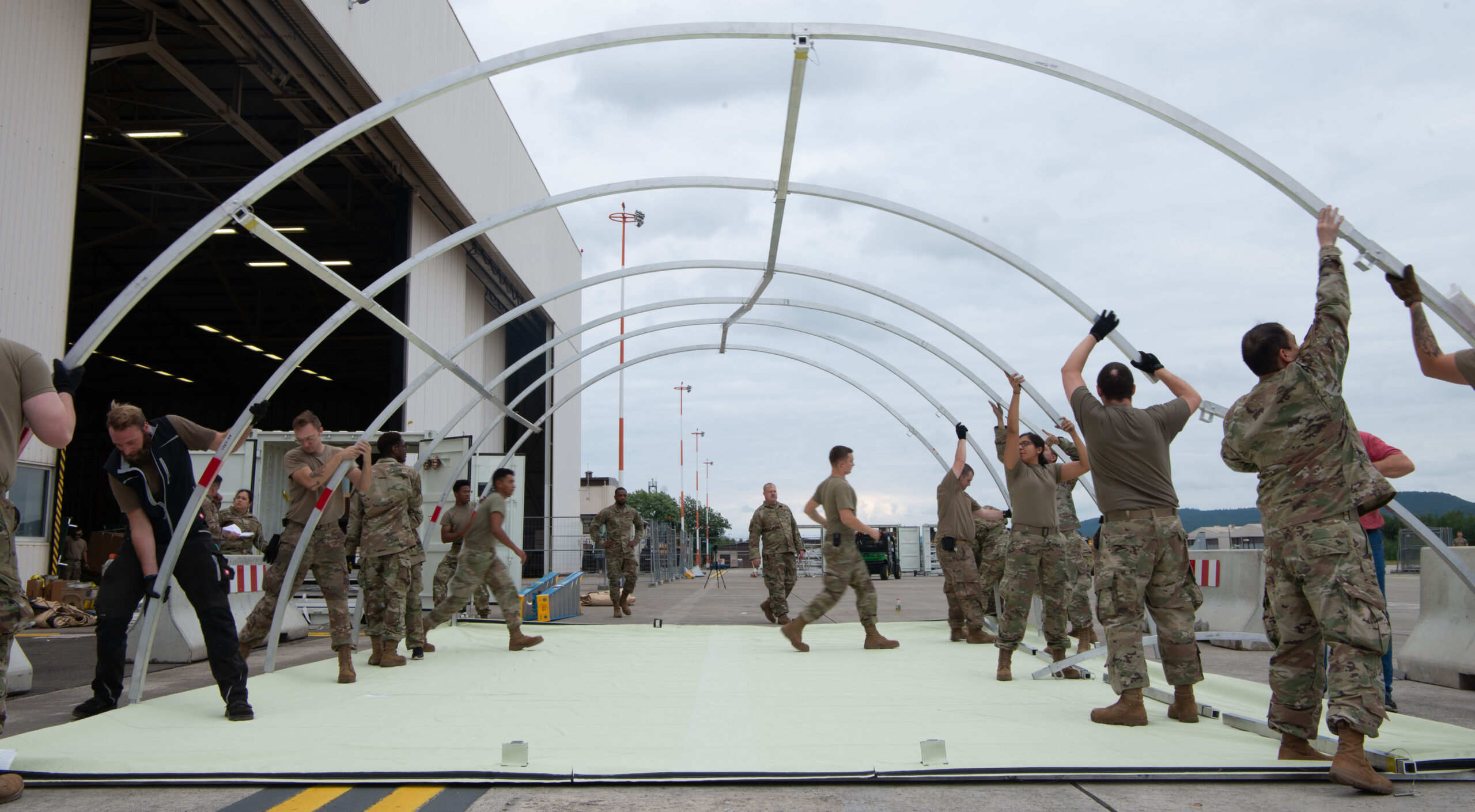 The Air Force said Starlink is ‘the only LEO satellite network provider that is currently being used in a contested environment: Ukraine’

The contract is for hardware and services in support of military airlift units based at Ramstein Air Base, Germany. It includes satellite terminals and internet services for an operational evaluation of the service at fixed sites and by mobile users who need to connect devices to the internet.

The Air Force Special Operations Command’s contracting office said this was a sole-source contract as SpaceX was the only bidder that could provide the required service and that had shown it could operate in a hostile electronic environment.

“After extensive research it was found that SpaceX Starlink is the only vendor able to provide this specialized communication service in the current areas of operation in the required time,” said the contract justification document released Aug. 5. “Starlink is the only LEO constellation communications company that currently provides this commercial satellite solution with services to Europe and Africa.”

The pricing information used to determine the value of the contract was redacted from the document.

Several other companies are competing to establish LEO, medium Earth orbit (MEO) and geostationary Earth orbit(GEO) satellite internet networks, but Starlink “currently has the most well-established LEO satellite network …  whereas the LEO networks of its competitors are still in their infancy,” the document said.

Following the most recent launch of Starlink satellites Aug. 12, SpaceX has the  largest constellation of satellites in orbit, with 2,287 spacecraft currently in service.

None of the current LEO internet providers — Amazon Kuiper, OneWeb, Telesat — can provide any service in both Europe and Africa, the document said. “Starlink is also the only LEO satellite network provider that is currently being used in a contested environment: Ukraine.”

With Ukraine’s operations in high gear, the communication requirements within and around eastern European areas in support of Ukraine operations expands daily, the Air Force said.

“AFRL has discovered that in a contested environment, LEO constellations are much more resilient to signal jamming and also provide the low latency required to support tactical missions,” the document noted. “Companies like OneWeb, Telesat and Amazon are all expected to provide LEO service to the European Command (EUCOM) and Africa Command (AFRICOM) areas of responsibility in the next few years.”

Next to Starlink, the document said, OneWeb was the next best option. At the time the market research was conducted in late 2021, AFRL and the Space Force determined that OneWeb could not provide service south of 50 degree north latitude. “OneWeb can only provide service north of 50 degrees north latitude starting in November 2021. This does not cover the majority of the EUCOM area of responsibility and does not cover any of the AFRICOM area of responsibility.”

The expected throughput to be delivered by the Starlink high-performance terminal is up to 500 megabits per second download speed and low latency connectivity.

Apple will fix iPhone 14 bug that caused some cameras to shake with a buzzing noise
Yes. You CAN Freeze Anti-Freeze | Outrageous Acts of Science
How to Clean Up After Ourselves in Space
Control of cell state transitions
SpaceX’s Mars Mission, and 3 Exciting Exoplanets!