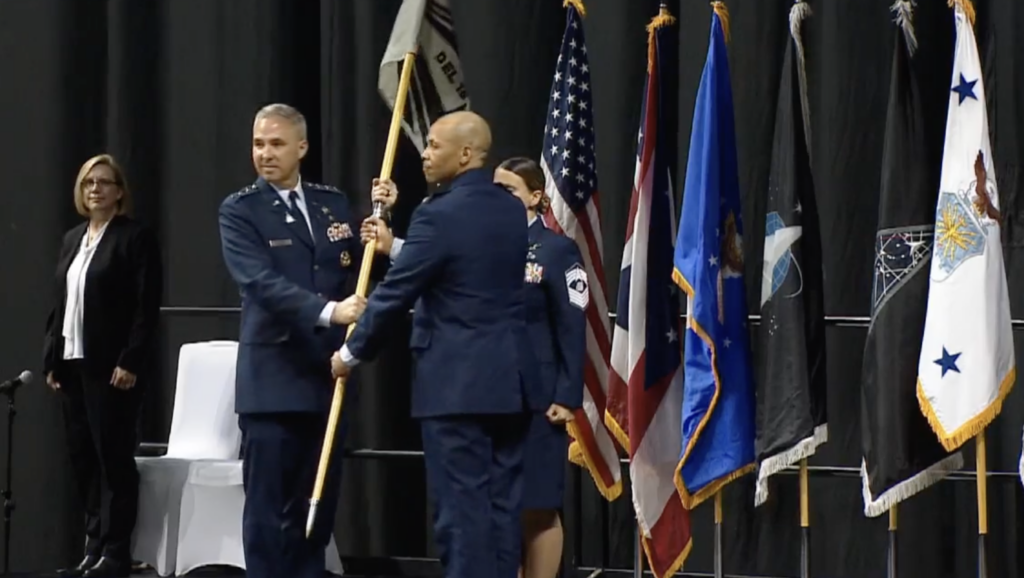 Space intelligence analysis was previously under the National Air and Space Intelligence Center. Space Force leaders pushed to have a separate organization co-located with NASIC.

“The question is why do we need to stand up a National Space Intelligence Center and the truth is that we needed a sharper focus on the space threat that is here today,” Maj. Gen. Leah Lauderback, Space Force director of intelligence, surveillance and reconnaissance, said at the ceremony.

Director of National Intelligence Avril Haines called the standup of the NSIC a “critical step to shape the future of the Space Force, improve acquisitions and drive innovation across the community.”

“NSIC will be well positioned to support U.S. and allied space decision makers at an absolutely critical moment in the history of space development,” Haines said. “The opportunities for our nation in space are extraordinary. Already, it is critical to our communications infrastructure, for early warning systems, for protecting our planet, our environment, for our national security, our intelligence and our prosperity.”

States such as China and Russia are developing, testing and fielding counterspace weapons to monitor and target U.S. and allied satellites, said Haines. “Our capacity to understand what is happening in the space domain is crucial to our ability to operate in space. In the years ahead, the environment will only become more contested.”

She said the NSIC will be relied upon to “produce and analyze scientific and technical intelligence related to space for the entire nation.”

Space Delta 18 will be made up of 345 military and civilian personnel.

The unit was named in honor of the U.S. Space Force’s role as the 18th member of the intelligence community.