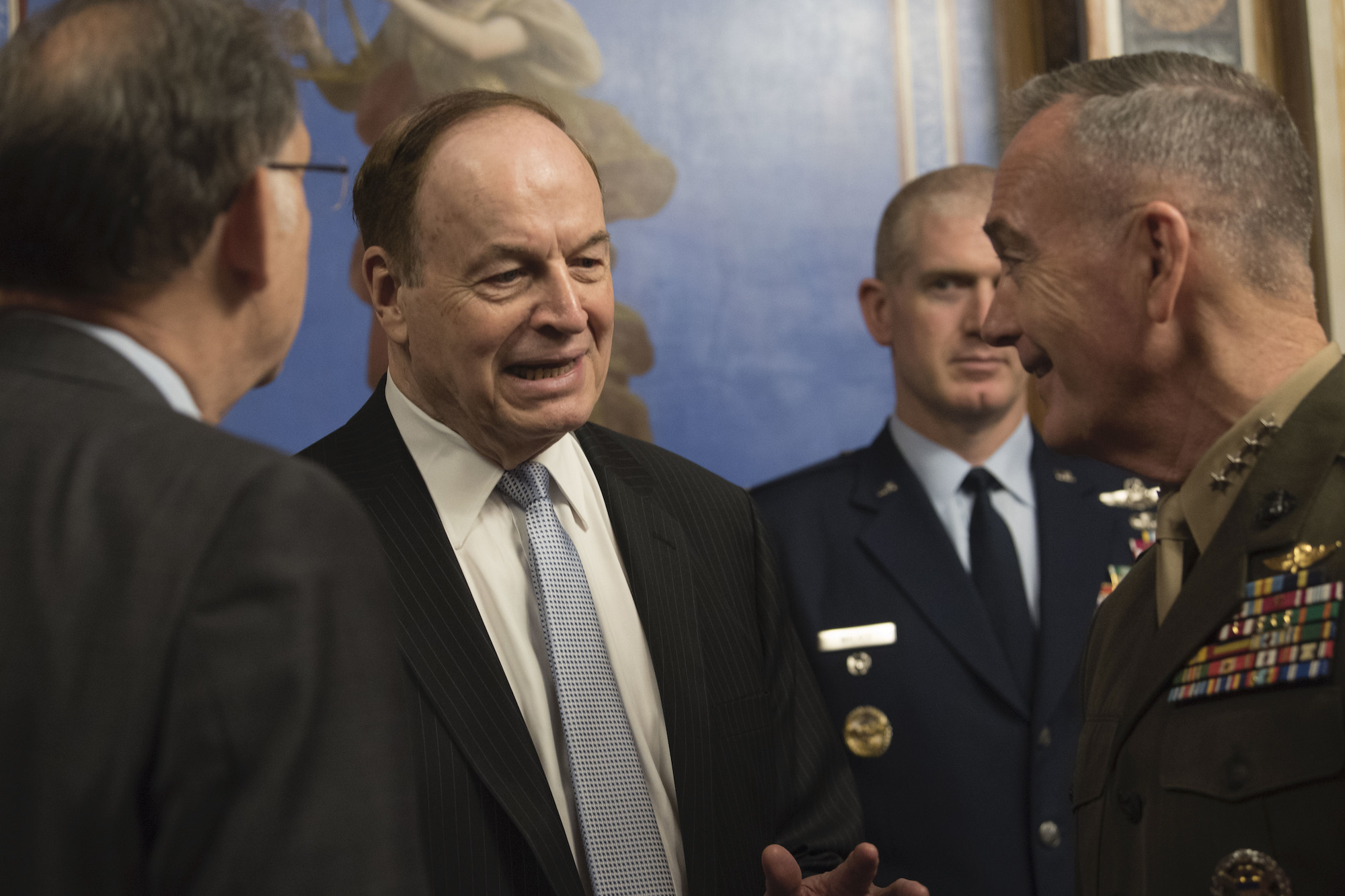 WASHINGTON — The Senate Appropriations Committee’s subcommittee on defense on Tuesday advanced its Fiscal Year 2020 funding bill that provides $622.5 billion in base Department of Defense funding, $70.6 billion in overseas contingency operations funding and $1.7 billion in emergency funding.

The full committee will take up the bill on Thursday Sept. 12. SAC-D Chairman Sen. Richard Shelby (R-Ala.) provided some highlights of the subcommittee’s proposal but the full text of the bill won’t be released until after the committee markup. The House Appropriations Committee passed its version in June.

Shelby’s statement said the subcommittee supports the DoD budget request for Space Force operations and maintenance, but did not say how much it recommended. The decision to provide funding for the Space Force under a separate line item is different than what the House proposed. The House approved $15 million for the Space Force (a fraction of the Pentagon’s $72 million request ) but put it in the Air Force’s budget.

The SAC-D fully funded the $1.2 billion request for the National Security Space Launch program. It also included language to prevent any changes to the Air Force launch service procurement schedules. The Senate is expected to push back on proposed launch reforms in the House version of the 2020 National Defense Authorization Act.

The subcommittee fully funded the Air Force request for the next-generation Overhead Persistent Infrared satellites and inserted an additional $536 million, a plus-up the Air Force said is needed to accelerate the program. The House, conversely, has reduced the Air Force’s request.

Shelby’s statement did not provide details on this new program funding line. Industry sources told SpaceNews that a tactically responsive launch program would likely complement existing ones such as the $13 million Rocket Systems Launch Program (RSLP) — managed by the Air Force Space and Missile Systems Center Launch Enterprise — that focuses on increasing DoD use of venture class launch services. The Senate version of the NDAA also includes language that calls for a DoD strategy to integrate commercial small launch capabilities into DoD space operations.

It is still unclear if the subcommittee agreed to provide any funding for the Space Development Agency. DoD requested $105 million for SDA to develop a next-generation space architecture and $44.8 million for operating costs.

The addition of funds for MDA suggests SAC-D supports the Senate NDAA language that designates MDA as the agency responsible to develop a hypersonic defense constellation of satellites. The White House objected to that language arguing that it undermines SDA’s efforts to help develop the system using commercial technology.

The debate over defense priorities is unfolding as Congress races to avoid a government shutdown if appropriations bills are not passed by Sept. 30. “We expect a continuing resolution is likely to fund FY20 initially, but we continue to believe that there is little appetite in D.C. for another extended budget battle that could include multiple CRs and shutdowns,” defense industry analyst Byron Callan warned. “The next steps are to see how the House and Senate resolve differences in their FY20 National Defense Authorization Act and differences in defense appropriations.”