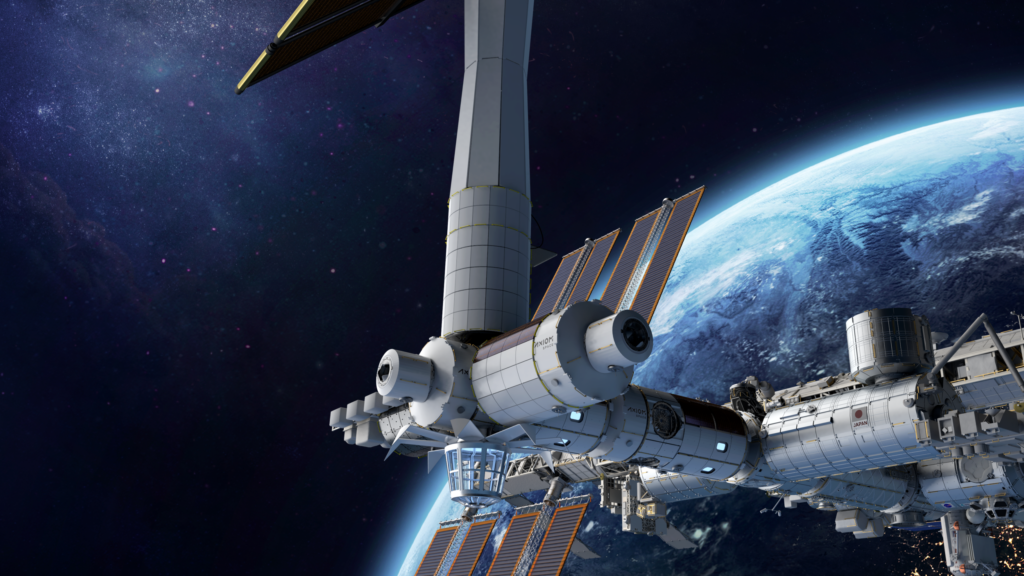 WASHINGTON — Saber Astronautics announced Nov. 23 it has signed an agreement with Axiom Space to facilitate Australian astronauts’ participation in future missions to the International Space Station.

Axiom is a private space infrastructure company that plans to build a commercial space station. The company in February will take three private astronauts on its first mission to the ISS on a SpaceX Crew Dragon spacecraft.

Saber Astronautics, an Australian space venture with operations in the United States, will use the agreement with Axiom to build up interest in human spaceflight and space-based research. The goal is to give Australian astronauts and space companies “access to the station’s orbiting microgravity laboratory and develop a new generation of products for human health, materials, electronics, clean tech and more,” Saber said.

“Saber is already reaching out to commercial organizations and private individuals to gauge interest in their participation in future Axiom missions,” said a spokesperson.

Axiom’s first mission Ax-1 will bring to the ISS three private customers from the United States, Canada and Israel. They will perform 25 experiments over a one week stay on the station.

Saber owns and operates the Responsive Space Operations Centre (RSOC) based in Adelaide and Colorado. The Adelaide RSOC last year received $6 million in funding from the Australian Space Agency’s space infrastructure fund. “Supporting astronauts is a long-term goal of Saber’s RSOC program accelerated by the agreement with Axiom,” the company said.

The program to be run by Saber will train the companies that participate as well as help them determine which products can benefit from research and experiments on the ISS, said Saber. “This allows a path for Australians to be astronauts and work independently without requiring a change of citizenship to the U.S. or European Union.”

What’s In The Winter Box #shorts
BYD brings its ultra-safe Blade Batteries to the commercial EV world with new eBus platform
Biden White House just put out a framework on regulating crypto — here’s what’s in it
Sustainable business and the view from across the pond
Shorter showers, slower drives and an Eiffel Tower blackout: How Europe plans to cut gas usage this winter