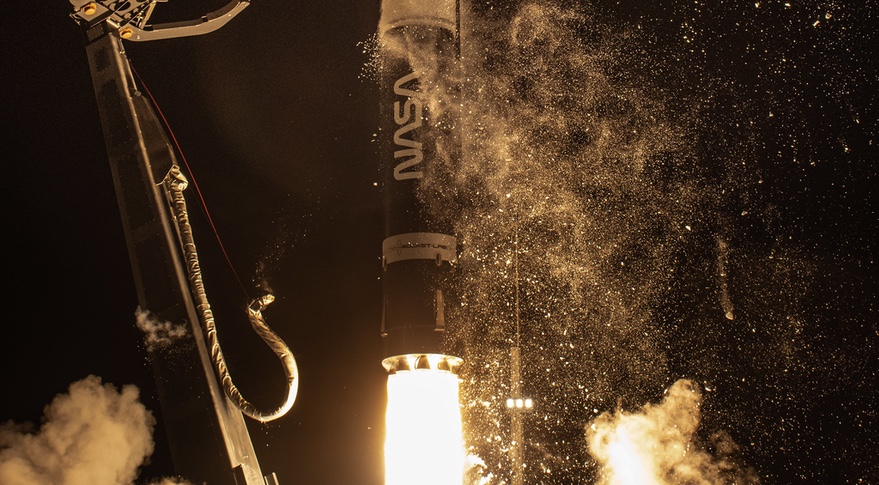 WASHINGTON — The successful launch of a NASA lunar cubesat mission was the culmination of two and a half years of work at Rocket Lab that, the company’s chief executive says, could enable “ridiculously low cost” planetary missions.

The payload, with an overall mass of more than 300 kilograms, pushed the Electron to the limit. “Electron gave everything that it could give. We’ve never run the engines as hard as we ran them tonight,” Peter Beck, chief executive of Rocket Lab, said in an interview a few hours after the launch, which took place in the evening in New Zealand. “We put the Lunar Photon exactly where it needed to be and we had some performance left over in the vehicle.”

The high energy Lunar Photon kick stage was a major effort for Rocket Lab. Beck said a challenge was the high performance needed from the stage’s HyperCurie engine, with a specific impulse of 310 seconds. “That’s really hard to do in a small engine, and the mass margins were so tight,” he said.

“This was just next-level hard,” Beck said of the overall mission. “It’s been two and a half years of a huge amount of effort by the team.”

The payoff, he said, is a system that can be used for other smallsat missions with high performance requirements. Rocket Lab is already planning to use the same kick stage for a privately funded mission to Venus, replacing the CAPSTONE cubesat with an atmospheric entry probe.

“We can go to Mars and to asteroids equally well,” he said. “This really is an entirely new system for deep space exploration at just a ridiculously low cost.”

In the near term, Rocket Lab will return to more typical Electron launches. The CAPSTONE launch was the fourth Electron mission of the year and while neither Beck nor Rocket Lab disclosed when the next launch would take place, Beck said the company was preparing for a series of launches in the near future.

“We’ve got a stack of vehicles backed up that we need to launch and we’ve had a good run of customer readiness with their payloads, so once this mission is over, we’ll get the next one on the pad,” Beck said.

He said the company’s launch rate is paced by when customers, and not launch vehicles, are ready to fly. “The customer is really determining our launch cadence, not our readiness,” he said. “What it does mean is that it makes a pretty lumpy manifest where, as one customer slips, we try and leapfrog another customer in front of it. We’re always playing manifest whack-a-mole to make sure we keep the flow.”

Beck also said that Rocket Lab will try again relatively soon to perform a midair recovery of an Electron booster. A helicopter briefly captured the booster on a May 2 launch but had to release it because of unexpected load characteristics on the helicopter.

“We haven’t made any changes to the vehicle or any of the recovery systems,” he said. “It’s purely down to getting the technique right and just all the mission operations that go into that.”

“That team’s been working around the clock,” Beck said of recovery efforts, “and you won’t have to wait long for the next recovery mission.”

What’s the purpose of ‘purpose’?
Long-lasting HIV prevention drug could be game changer — but who will pay?
NASA and Roscosmos officials restate intent to operate ISS after 2024
7 great podcast series and their episodes about the climate crisis
Neutron Star Collision Captured in Millimetre Light for the First Time