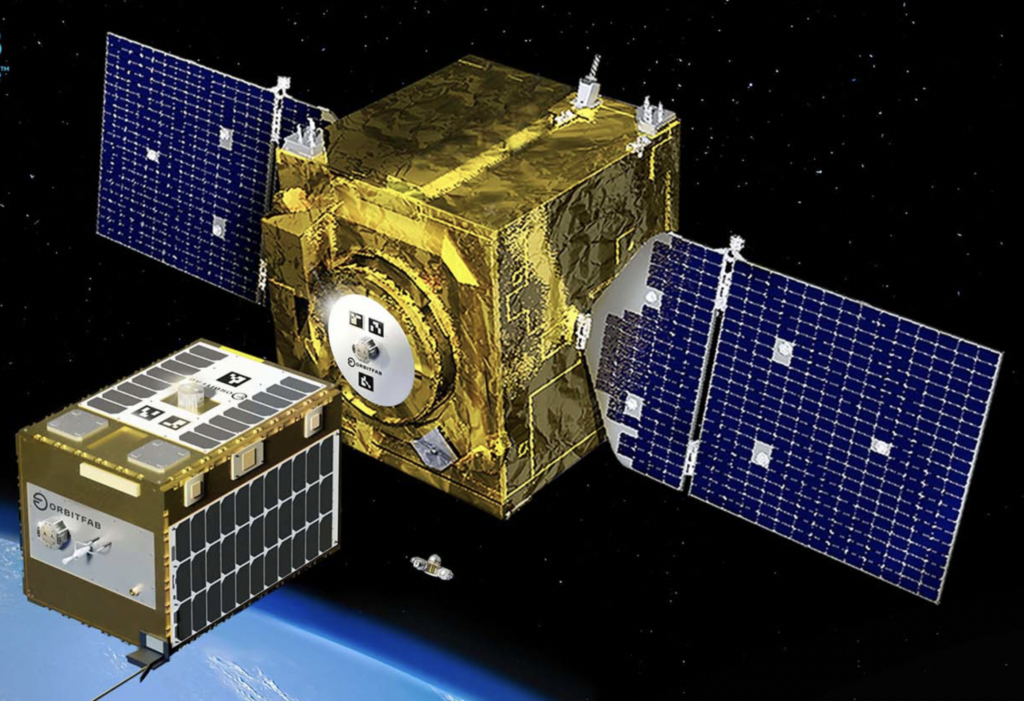 Under the cooperative research and development agreement, known as a CRADA, Orbit Fab will share technical details of its in-space refueling port known as RAFTI, short for Rapidly Attachable Fluid Transfer Interface. The company is marketing the product to military, intelligence community and commercial satellite operators.

The Air Force, in return, will review Orbit Fab’s refueling technologies, advise on requirements and designs, and make available its facilities for testing and qualification, the company said. “The knowledge exchange will allow Orbit Fab to bring to market its products for both defense users and commercial companies.”

Orbit Fab’s business plan is to deploy propellant tankers in space that customers can access. Its first tanker was recently deployed to low Earth orbit. The company announced last month it will launch a much larger tanker to geostationary orbit.

The agreement with AFRL “will reduce the risk necessary to bring refueling to the Department of Defense space assets,” said Adam Harris, Orbit Fab’s vice president of business development.

AFRL program manager Karl Stolleis said Orbit Fab is an “early leader for in-orbit refueling, offering significant extension of space vehicle lifetimes, increased in-orbit mobility, and new mission concept options. This is a key strategic opportunity for the AFRL to be able to benefit from increasing the reusability of our space assets.”

Orbit Fab has received $3 million in contracts from the U.S. Air Force to flight qualify the RAFTI refueling port.

Founded in 2018, Orbit Fab is based in California but recently announced plans to move to Colorado. Among its investors are defense contractors Northrop Grumman and Lockheed Martin.