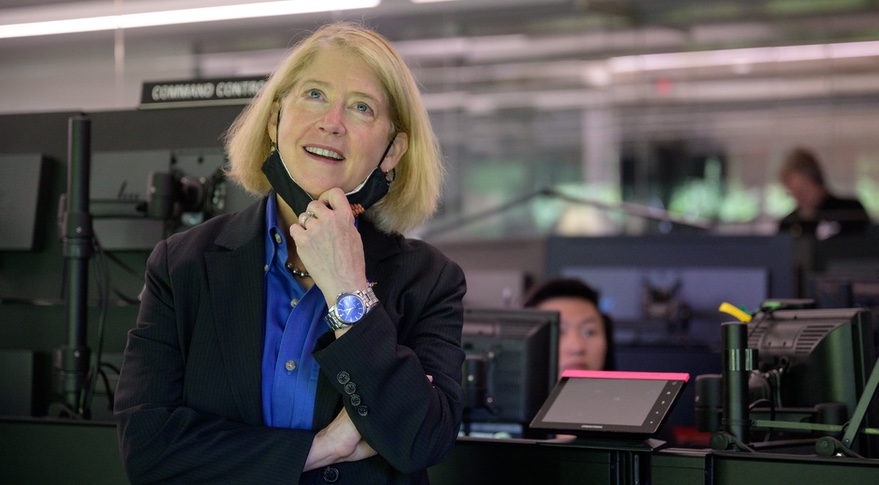 During a media event at the Space Telescope Science Institute (STScI) here June 29, project managers and scientists said the telescope is already collecting “early release observations” that NASA, along with the European Space Agency and Canadian Space Agency, will unveil July 12. Those observations are taking place as engineers finish preparing the telescope for routine science observations, with 15 of its 17 observing modes now commissioned.

JWST’s technical performance continues to exceed expectations. Lee Feinberg, JWST optical telescope element manager at NASA’s Goddard Space Flight Center, that the telescope had a requirement that its resolution be diffraction limited — that is, its sharpness limited only by the laws of physics — at wavelengths as short as 2 microns. He said the telescope was in fact diffraction limited down to 1.1 microns.

Feinberg credited that technical performance to several factors, such as attention to detail during its development and extensive testing. “We knew how significant this observatory is. It’s the biggest, most complex science mission, potentially, that NASA has ever built,” he said.

“As the systems engineer, I made sure that we had margin, performance margin, that we can count on,” said Mike Menzel, JWST lead mission systems engineer at NASA Goddard, said.

That margin, he and others said, allows for improved performance now and ensures it can meet its specifications even as systems degrade over time. An example is a micrometeoroid impact on a mirror segment in May that was larger than what engineers had modeled during development of the telescope.

Scientists are gearing up for the upcoming release of the initial science observations, which will include color images and spectra. Those observations will “demonstrate to the world that Webb is, in fact, ready for science, and that it produces excellent and spectacular results,” said Klaus Pontoppidan, JWST project scientist at STScI. “It’s also to highlight the sheer breadth of science that can be done with Webb and to highlight all of the four science instruments.”

Project scientists have kept the list of objects for those initial observations confidential. “It’s been a years’ long process in coming up with what the first images would be,” he said, depending in part on what regions of the sky the telescope could observe when it was ready for those initial observations. “We knew we needed a very long list of targets: more than 70 in the end.” That process created a prioritized list of observations when the telescope’s instruments were ready.

While the list remains secret, NASA officials dropped hints about what will be released on July 12. NASA Administrator Bill Nelson, participating in the event by phone after testing positive for COVID-19 the night before, said one will be “the deepest image of our universe that has ever been taken,” better than various “deep field” observations by the Hubble Space Telescope.

“This is farther than humanity has ever looked before,” Nelson said. “We’re only beginning to understand what Webb can and will do.” Pontoppidan confirmed that scientists will release the deepest infrared image yet of the universe, but did not quantify how it compared to past deep field images.

Thomas Zurbuchen, NASA associate administrator for science, said the early release observations will also include spectra of an exoplanet, which can help scientists determine the composition of its atmosphere. “We’re looking forward to seeing the atmosphere of that specific planet and many more,” he said.

Both Melroy and Zurbuchen said they have already seen some of those images that will be released at the July 12 event. “What I have seen just moved me,” said Melroy, “as a scientist, as an engineer and as a human being.”