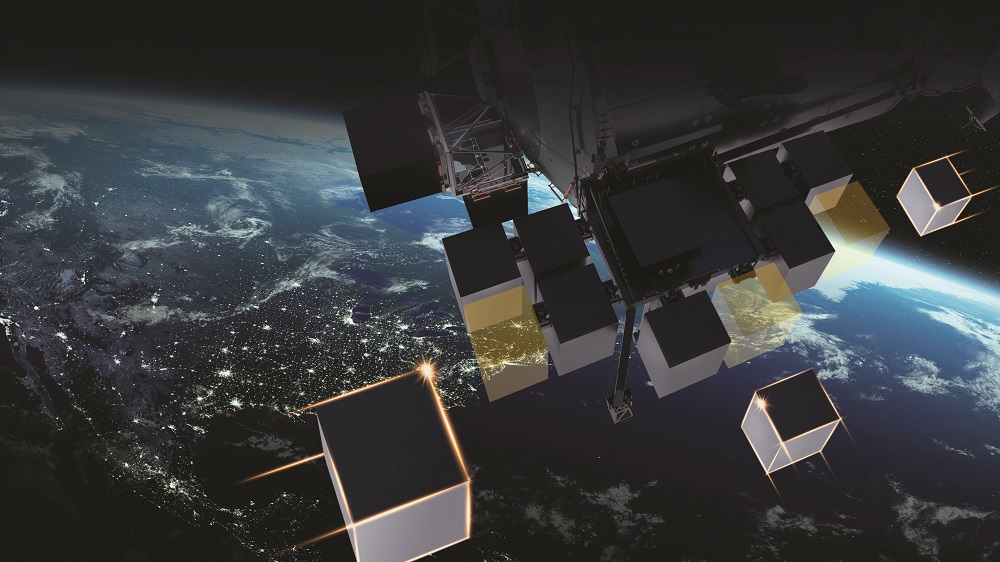 On the Netcapital site, LaunchSpace is heralding its recent grant from the nonprofit Center for the Advancement of Science in Space (CASIS) to support its plan to test technology for collecting orbital debris on the International Space Station.

Launchspace “proposed a novel concept that will evaluate the performance of advanced materials in space as part of its orbital debris remediation technology,” CASIS spokesman Patrick O’Neill said by email. “We look forward to working with Launchspace Technologies Corporation and its partners as they advance these concepts for space-based application through the ISS National Lab.”

Launchspace established a Space Act Agreement with the NASA Glenn Research Center for the design, manufacture and testing of advanced materials used in the company’s patented orbital debris remediation technology.

“I believe the traction we have seen in the market helped us with this grant from CASIS, which includes our collaboration with Airbus and NASA,” Launchspace CEO John Bauman said in a statement.

Launchspace is preparing to test Debris Impact Pads, which house sensors to record information on debris impact, on the Bartolomeo platform.

“This collaboration between Airbus and Launchspace is an example of the complementary relationship between commercial space infrastructure providers and cutting-edge technology developers coming together to provide significant advancement in low earth orbit technologies,” Debra Facktor, Head of U.S. Space Systems at Airbus U.S. Space & Defense, said in a statement. “Our Airbus ISS Bartolomeo platform enables broad scale payload hosting capability with end-to-end payload services, along with any needed transportation, astronaut crew time and other ISS resources.”

Early Detection of Genetic Mutations in Healthy Cells Before They Become Tumor Cells Made Possible: New Study
A New Image From Our James Webb Space Telescope on This Week @NASA – August 5, 2022
The UK is getting a new prime minister — what will it mean for science?
Marqeta shares plunge more than 20% on CEO exit and ‘cautious’ expectations for coming months
How kombucha is made #shorts