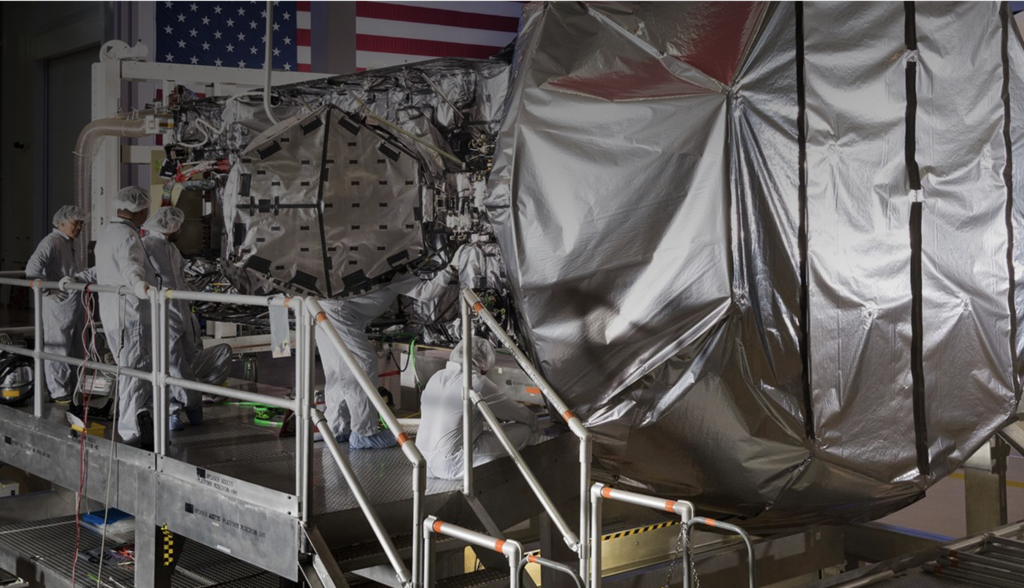 DoD has not been able to use the system’s advanced capabilities such as its 10-fold increase in communications capacity.

WASHINGTON — The U.S. military’s narrowband communications satellites are oversubscribed and there is insufficient capacity to meet the needs of users, says a new report by the Government Accountability Office.

The report released Sept. 2 focuses on the Mobile User Objective System (MUOS) a network of five geosynchronous satellites operated by the U.S. Navy. The system was conceived nearly two decades ago as a satellite-based cellular voice and data network for mobile forces.

Although the full constellation of MUOS satellites have been in orbit for four years, DoD has not supplied enough user handsets and terminals to take advantage of the features of the more advanced Wideband Code Division Multiple Access (WCDMA) payload. Most users have older terminals that only communicate with MUOS’ other payload, a legacy ultra high frequency (UHF) system. GAO has called DoD out on this issue in multiple reports and this latest one suggests the problems has not been fixed.

“DoD has not been able to use the system’s advanced capabilities such as its 10-fold increase in communications capacity. A key reason is the military services’ delayed delivery of compatible radio terminals to users,” GAO said.

DoD in its response to GAO’s findings said it is funding and developing plans to accelerate procurement and delivery of these terminals. The Navy recently transitioned management of the MUOS system to the U.S. Space Force.

The report also warns that DoD “faces a challenge to begin deciding what comes after the current MUOS capability to ensure warfighter narrowband SATCOM needs will continue to be met before 2034, when the current MUOS system is estimated to degrade.”

GAO over the years has criticized DoD for the disjointed management of the MUOS program. The Navy was given responsibility for procuring the satellites and ground systems but the primary intended users were ground forces in the Army and Marine Corps, which were responsible for procuring their specific MUOS terminals.

The Navy and Army originally planned to field MUOS satellites and compatible terminals at the same time, but technical challenges derailed that plan. The Navy started MUOS development in 2004 and experienced setbacks during operational testing, GAO noted. That same year, the Army started developing portable, software-defined radio terminals — some of which would be MUOS-compatible — and also ran into development problems.