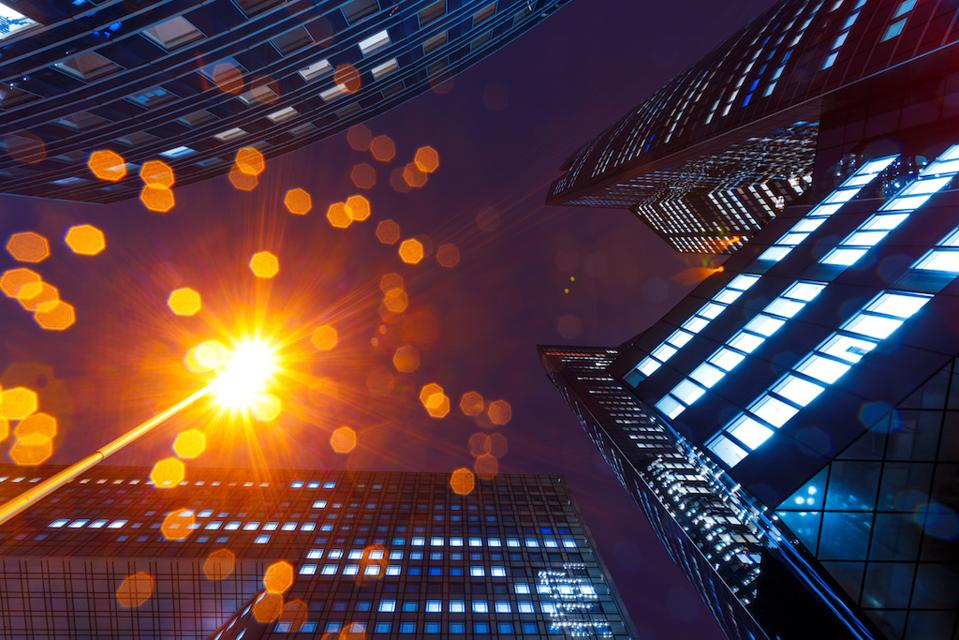 Before we even consider turning to renewable energy, people should be making energy efficiency a priority, according to John Rhow. As Co-CEO of the company Redaptive, Rhow has set his sights on a new era that streamlines both energy use and cash flow budgets.

“It’s just amazing to us how under the radar efficiency has been when it really should be the bedrock of thinking about clean energy,” he says.

Based in San Francisco, California, Redaptive is working with large scale commercial real estate portfolios such as AT&T, Aramark, Bentley Mills and others to assess and refit energy-sucking appliances such as lighting, heating, ventilating and air-conditioning.

Ingeniously, they achieve this while requiring no up-front payment. Customers pay from their energy bill savings, which are transparently monitored using machine learning and AI. Using predictive analytics, Redaptive helps clients track, forecast and plan for their energy needs.

Until now, Rhow says, efficiency upgrades were daunting and their outcomes uncertain, so companies tended to be reactive rather than proactive – costing them valuable capital while draining the planet’s energy resources.

“The reason why energy efficiency hasn’t taken off as much as, let’s say solar and other types of sectors, is because it’s really hard to decipher what the true savings are on your utility bill,” he explains. Therefore, “it’s a maintenance-based proposition where they just wait for stuff to fail.”

To make it easy for companies to take the plunge, Redaptive first helps them identify how much energy they’re using.

“The way we approach the customers is that ‘you are literally wasting kph [kilowatts per hour] within your buildings,’” says Rhow, “which is bad for your shareholders and bad for the environment.”

Redaptive then partners with the businesses to identify conversions to target and organizes all necessary upgrades themselves, saving the companies time and money while delivering immediate savings. Over time, they bill the customer on a share of the savings which is validated by the meter data. When the contract is over, the customer reaps all net savings on energy bills.

First off the rank are the easiest targets that have a good ratio of savings to installation time and yield cumulative benefits, such as lighting and roof-top air-conditioning units. Over time, they can drill deeper to tackle more complex upgrades.

By way of example, the company has deployed new LED lights across more than 600 buildings using AT&T Internet of Things connectivity, reducing annual electricity use by almost 160 million kilowatt hours – equivalent to the greenhouse gases emitted by nearly 10.7 million gallons of gasoline. Cost savings amount to a net $20 million per year, according to Rhow.

Hospitals are another industry that chew up a considerable amount of energy while facing competing financial pressures that take priority over energy upgrades. Eastern Connecticut Health Network seized the opportunity to team up with Redaptive and saved $600,000 over the term of their contract by retrofitting two hospitals with LED lights.

Energy expert Joel MacDonald, founder of EnergyRates.ca, agrees that energy efficiency should be seen as an investment rather than an expenditure. He applauds Redaptive’s innovative model, saying, “It embraces two major global trends: the search for eco-friendliness and affordability.”

Importantly, they have a recycling program for old lighting, preventing it from becoming hazardous waste. The model has other spin-off effects, such as creating new jobs. It also has health impacts, according to MacDonald.

“Energy efficiency is often linked with being eco-friendly and saving money, which is true,” he says. “It is also highly related to human health.”

According to MacDonald, reducing the average energy consumption in the U.S. by 15% could cut emissions of toxic pollutants such as nitrogen oxides, sulfur dioxide and particulates by 16% and prevent 30,000 asthma attacks each year. The Natural Resources Defence Council estimates that sensible measures to reduce energy use could help save six lives a day.

“Energy efficiency is so significant that worldwide measures would be able to make the global energy demand steady until 2050,” says MacDonald, “which would have a huge impact on the environment and human life.”