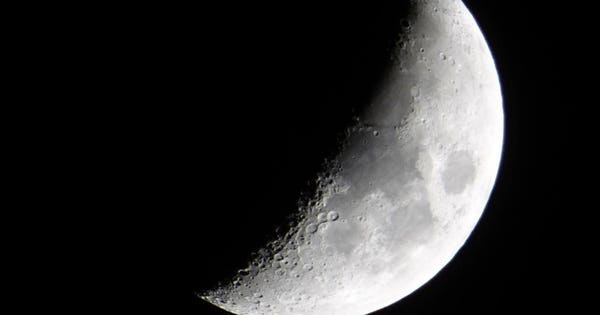 The fate of the Vikram lander remains uncertain.

After days of rampant speculation, India has confirmed that it’s Chandrayaan-2 orbiter has found the country’s Vikram lander on the Moon – and an attempt at communication is being made.

On Friday, September 6, the Vikram lander was scheduled to touch down in the south polar region of the Moon, the closest-ever landing to the Moon’s south pole. It had been carried there by the Chandrayaan-2 orbiter, launched in July this year. The two vehicles separated in lunar orbit on Monday, September 2.

However, while the descent to the Moon went as planned, communication with the lander was lost about two kilometers above the lunar surface. Doppler data appeared to suggest that the lander had free fallen to the surface under the Moon’s gravity, one-sixth that of Earth, making any hope at recovery unlikely.

ISRO chief Dr Kailasavadivoo Sivan suggested over the weekend that the ISRO had taken an image of Vikram.

Earlier reports had suggested the Chandrayaan-2 orbiter – which is fully operational and will remain in lunar orbit for at least a year – had taken an image of the lander. Some reports suggested this image showed that Vikram was on its side or upside down, but this is unconfirmed at the moment.

“It had a hard-landing very close to the planned [touchdown] site as per the images sent by the onboard camera of the orbiter,” one anonymous ISRO source apparently told India Today. “The lander is there as a single piece, not broken into pieces. It’s in a tilted position.”

Such an orientation would make communication unlikely, even if the batteries and solar panels of the lander survived, because it would need to point its antenna to the orbiter or Earth to communicate. Comparisons have been drawn to the European Space Agency’s (ESA) Philae landing on Comet 67P in 2014, which landed on its side after bouncing on the surface.

Time is also of the essence because lunar night was scheduled to fall at Vikram’s landing site 14 Earth days after the landing. It would be another 14 days for sunlight to return, a period that Vikram and its onboard Pragyan rover had not been expected to survive.

Questions still remain, too, about what happened during the landing. One source had claimed to the Times of India that one of the thrusters may have “overperformed”, spinning the lander out of control. The BBC, speaking to former members of the ISRO, also suggested some sort of engine malfunction was the cause of the botched landing.

The lack of communication from the ISRO on the issue has led to a huge amount of misinformation being shared online. Numerous images from other missions – including one from Apollo 16 and an image of the Curiosity rover on Mars – have been shared, purporting to be an image of the Vikram lander. And numerous fake accounts have been set up on Twitter to share false official information about the mission.

At the moment, unfortunately, much remains unknown. It is not clear if the lander is intact – that is likely hard to discern from Chandrayaan-2’s images. And considering it likely fell to the surface of the Moon, even if it is intact communication with Vikram seems unlikely. The chances of the Pragyan rover being able to escape onto the lunar surface down the lander’s extendable ramp seem even slimmer.

While India’s bid to become the fourth nation to land on the Moon remains uncertain, after Israel came so close itself with its Beresheet lander in April 2019, the Chandrayaan-2 mission is still being lauded as a success. The orbiter will continue mapping the Moon and looking for water-ice beneath the surface, among other goals.

To come so close to a landing however is hard to take, but India’s blossoming space program – which has already seen a lunar mission in 2008 and a Mars mission in 2013 – will continue to go from strength to strength, regardless of the fate of Vikram. All now will be waiting for further news about the lander, and whether – against all the odds – it is alive.