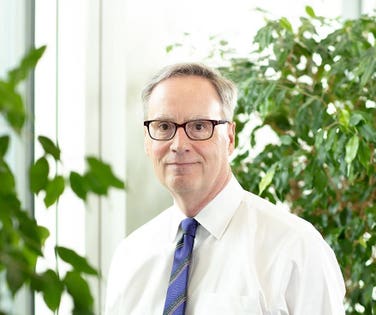 The oil market is witnessing fairly predictable price oscillations between a $50 per barrel floor and $70 ceiling, with sector bosses upping their efficiencies and optimizing their exploration and production (E&P) drives. Many are demanding more of partner oilfield services (OFS) firms where margins are said to be under pressure, but it’s “not a race to the bottom”, at least for his company says one industry stalwart.

Hunting most certainly appears not to be. In August, it reported a first-half 2019 revenue of $508.9 million (up 15% on an annualized basis), with underlying earnings before interest, tax, depreciation and amortization (EBITDA) up 6.2% to $77.4 million, and a reported profit from operations of $41.1 million.

Jim Johnson, CEO of Hunting Plc, says margin pressure in a challenging operating climate does not equate to scraping the barrel.

The company acknowledged it made price reductions on certain product lines to respond to the market environment, but Johnson says his “team’s effort in delivering the results and product diversity” illustrate how Hunting stayed competitive.

“Everybody is so focused on unconventional hydrocarbon extraction in terms of bagging OFS business, but Hunting is not a one tricky pony. The industry can aim for much more than just that, especially offshore deepwater plays. While unconventional is facing some clouds on the horizon, international and Gulf of Mexico deepwater plays are coming back.”

Cycles make margin management trickier but Johnson always keeps a strict eye on them. “That’s because people often do dumb things when they get desperate seeing sales volumes fall off during cycles. We believe in getting paid for what’s fair in terms of what we do for the customer. Operating climate might be tight, but we bring a certain quality, level of service and assurance to the table – so there’s a price below which we will not go just to get some desperate slice of the business.”

Any slowdown in Hunting’s mature Western businesses often gets “balanced out” by its expansion in the East, particularly in Middle East and Southeast Asia, and it all once bottled down to holding firm during 2015-16 downturn.

“We take a long-term view of our business but the downturn in 2015-16 really tested our resolve. Relationships between vendor and customers deteriorated to levels I have not seen before, despite having been in the industry for over 30 years. But we did not reduce our sales or engineering headcount, fully knowing we are in a cyclical business.”

So when the price climate improved and the oil price returned above $50 per barrel, sparking a revival of E&P projects, Hunting was in a prime position to market and sell its OFS products suite quicker to prospective clients. Its portfolio of perforated gun systems offers a case in point.

To the uninitiated, perforating guns carry explosive shaped charges down-hole, where they are subsequently detonated to create tunnels that act as conduits through which hydrocarbons flow up from the reservoir into the well-bore and up to the surface.

“While the downturn was in full swing, we were working on our patented Titan H-1 Perforating Gun system, readying it for sales and marketing. When the economic headwinds subsided, we went about selling it aggressively a mere 18 months ago to bag what I view as a commanding market-leading share for an independent OFS firm offering such a product.”

Hunting’s headline business remains solid and Johnson says the market share for the Titan product stream will remain broadly same over the next few fiscal years. “Nature of competition has not changed. We work hard to maintain that number one position in the independent perforating gun side of the business.”

So confident is the company of immediate prospects that it has upped its dividend by a token 1 cent (or shall we 25%) to 5 cents, leading some in the market to view Hunting as an income stock again, in just a matter of years after it eliminated the dividend during the industry downturn. But what does the CEO think?

“I leave that kind of chatter to external commentators. We haven’t come out with a progressive dividend policy but our goal is, and will remain, to increase it. The Hunting family (which owns close to 16% of the business) and large shareholders have been very supportive of our long-term objectives.”

Johnson says Hunting – which has a colorful history of being involved in a plethora of sectors from defense to airlines since its founding by Charles Hunting in 1874 – is not going backwards and will play to its core strengths.

The first wave of transformation came at the end of the Cold War. “Prior to that was the age of conglomerates. The world changed and so did we. Our bet on the future was energy as the big macroeconomic trend, and it was a good move.”

Hunting’s most recent acquisition came in August via a $12.5 million cash acquisition of RTI Energy Systems Inc; a manufacturer of production riser technologies for deepwater applications within the offshore oil and gas industry.

Johnson describes the move as a “steal” at the price the company paid. “It is potentially a $85 million per year revenue and $10 million EBITA business. But we basically bought it for the price of the assets from an aerospace company that was looking to move on.”

Given Hunting has decent cash reserves, what would be its next ideal acquisition target? “The perfect company size-wise for us is probably a $40 million deal with a product suit that has proprietary technology and/or some geographic enhancements that we don’t have. It has to be something along the lines of well completion, subsea or maybe well intervention business model. We won’t venture out into a service stream that is totally new, for example artificial lifts.”

“The energy industry raises people’s standard of living and the upside is unbelievable,” Johnson says.

But Hunting does have non-energy plays too. For instance, its a recent strategic tie-up with India’s Jindal Steel. “Out of Maine, U.S. we make jet engine shafts for GE. Elon Musk is a customer via SpaceX and our electronics outfit in Houston has medical clients. However, over 90% of our business comes from the energy sector; that mix will not materially change over the longer-term.”

The energy industry raises people’s standard of living and the upside is unbelievable which cannot be all provided by a windmill, Johnson adds.

And the Hunting CEO has no time for peak oil theorists either. “I have spent most of my professional life sitting in the offices of oil and gas companies and know a thing or two about E&P activity versus supply and demand. My take is – tell me the price of oil and I’ll tell you how much oil there is! If the price is at $30 there’s only as much exploration happening around, price hits $100 and suddenly there’s a whole lot more exploration!”

Selling is an art and science rolled into one

Barring a four-year stint in Aberdeen, U.K., much of Western Pennsylvania-born Johnson’s professional life has been in Texas, and more specifically in America’s oil and gas capital of Houston, where he first moved to in 1988.

“Having a sales background teaches you to be close to customers, providing the right answers and solutions to their questions and problems. It is what I do to this day – sales – an art and science rolled into one. But you have to switch-off on occasion, decompress, and get ready for the next challenge. Gardening, watching football, the odd baseball game and most especially spending time with my wife, two kids and four grandkids help me do just that.”

That next emerging challenge for the OFS business is the oil and gas industry’s craving for further efficiencies and enhanced oil recovery (EOR). “These are positive developments in the wake of the 2015-16 downturn. We are well positioned to help customers reduce drilling times and costs, and often partner on research and development costs.

“EOR is good for our Titan business, because E&P companies are going to have to go back needing perforating guns and re-stimulate reservoirs where our well intervention business is eyeing opportunities. We are ready for the good times. However, knowing it is cyclical business, we’re well geared and prepared for the bad times too.”