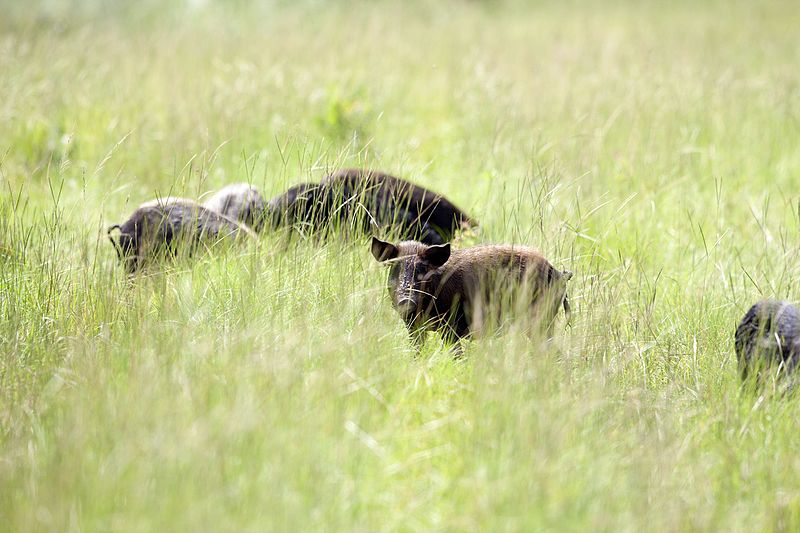 Wild hogs are terrorizing the Florida community of Sun City Center, tearing up lawns and behaving violently toward residents due to habitat loss.

WFLA-TV reported that the mango trees, which offer food, and the nearby lake, which offers water, are probably what draw the hogs to the area. However, some locals believe that the nearby property that is undergoing development is what is causing the hogs to migrate from the nearby woods to Sun City Center.

The feral hogs are damaging properties in addition to behaving violently towards people. Residents are particularly concerned because there are so many elderly people living there, even though no one has been hurt so far. Sandra McCaw, a resident, calls the area a “retirement home.” Wild hogs are extremely dangerous and have the potential to seriously hurt anyone that they attack.

Not the First Time

Given that McCaw made her statement in 2019, the problem has been present for some time. Wild hogs have been destroying property and behaving aggressively for years, even though recent developments may be aggravating the issue.

According to WFLA-TV, the Florida Fish and Wildlife Conservation Commission (FWC) advises fencing to deter pigs, but Sun City Center is a neighborhood where fencing is prohibited by the Homeowner’s Association (HOA). However, neighborhood resident Pete Pullen told the station that he was unsure whether it would be of any use.

Pullen claimed that since they aren’t permitted to fence, there is not much that can be done, especially for properties like his that are beside the lake.

Hunting vs. $1B Damages

In 2019, McCaw complained about how everyone always claimed that it was someone else’s problem.

She further explained that according to the FWC, the issue with the hogs is a nuisance rather than a county or HOA issue. Additionally, the Community Association is not at fault. McCaw expressed her frustration over this.

Wild hogs are not protected in Florida, according to the FWC, even though it does not provide removal services for them. No hunting license is necessary to kill the wild hogs, but the FWC advises against trapping them in residential areas, on golf courses, and other properties with views of the surrounding countryside.

Although the FWC doesn’t offer removal services for hogs, the United States Department of Agriculture (USDA) Wildlife Services does have a fee-based trapping solution to assist with wild hogs.

Around the country, wild hog populations are exploding and causing over $1 billion in damage annually. Hunting may appear to be the solution, but according to the USDA, it makes matters worse because the pigs become nocturnal and travel more than 100 miles to avert hunters. The only chance is for a hunter to shoot down a sounder-a herd of wild pigs-in its entirety, frequently from a helicopter.

But eating the hogs is one suggestion made in a 2018 article by Heidi Roth of Serious Eats. She claims that wild boar meat is much richer in flavor and leaner than regular pork.

According to Roth, an animal raised free-range and grazing on a variety of forageable foods experiences more movement that builds muscles, resulting in meat that is deeper and more flavorful than that of an animal raised in confinement and solely on grain. She added that animals in the wild are safe from antibiotics or hormone supplements, Newsweek reports.