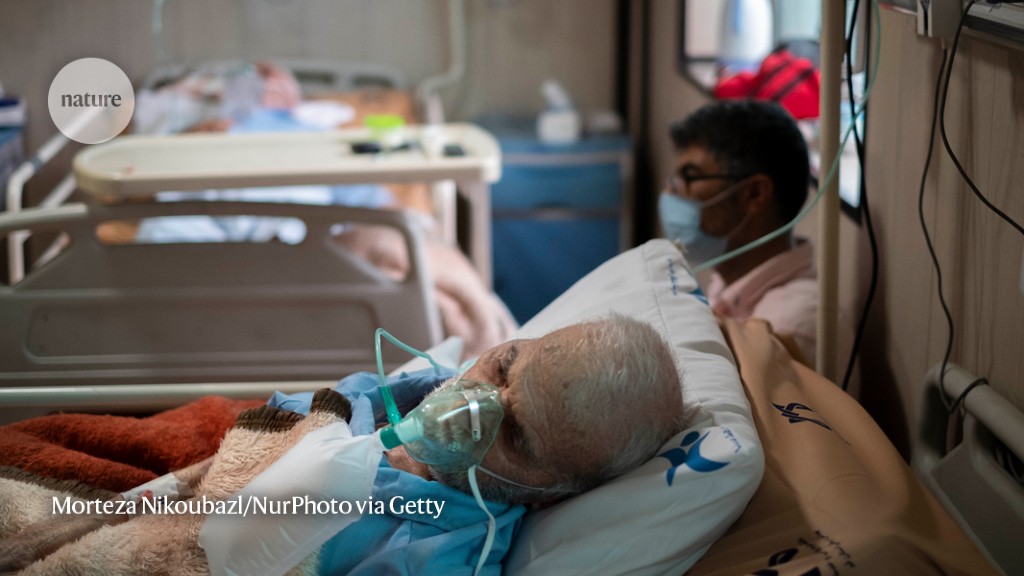 Like a Hollywood franchise that churns out sequel after mind-numbing sequel, Omicron is back.

Mere weeks after the variant’s BA.2 lineage caused surges globally, two more Omicron spin-offs are on the rise worldwide. First spotted by scientists in South Africa in April and linked to a subsequent rise in cases there, BA.4 and BA.5 are the newest members of Omicron’s growing family of coronavirus subvariants. They have been detected in dozens of countries worldwide.

The BA.4 and BA.5 subvariants are spiking globally because they can spread faster than other circulating variants — mostly BA.2, which caused a surge in cases at the beginning of the year. But so far, the latest Omicron variants seem to be causing fewer deaths and hospitalizations than their older cousins — a sign that growing population immunity is tempering the immediate consequences of COVID-19 surges.

Nature explores what the rise of BA.4 and BA.5 means for the pandemic.

The two variants are more similar to BA.2 than to the BA.1 strain that kicked off most countries’ Omicron waves late last year. But BA.4 and BA.5 carry their own unique mutations, including changes called L452R and F486V in the viral spike protein that might tweak its ability to latch onto host cells and skirt some immune responses.

A May preprint1 found that BA.4 and BA.5 share an origin with earlier Omicron strains. But an unpublished analysis led by evolutionary geneticists Bette Korber and William Fischer at Los Alamos National Laboratory in New Mexico suggests that the variants are probably offshoots of BA.2 instead.

Korber and Fischer also found that many genome sequences that are classified as BA.2 in public databases are actually BA.4 or BA.5. As a result, researchers could be underestimating the variants’ ongoing rise, as well as the diversity of mutations carried by them. “It is important in this particular moment in the pandemic to get these calls right,” Korber and Fischer wrote in an e-mail to Nature.

Why are the variants on the rise globally?

But the rise of BA.4 and BA.5 seems to stem, instead, from their capacity to infect people who were immune to earlier forms of Omicron and other variants, says Christian Althaus, a computational epidemiologist at the University of Bern. With most of the world outside Asia doing little to control SARS-CoV-2, the rise — and inevitable fall — of BA.4 and BA.5 will be driven almost entirely by population immunity, Althaus adds, with cases increasing when protection lulls and falling only when enough people have been infected.

On the basis of the rise of BA.5 in Switzerland — where BA.4 prevalence is low — Althaus estimates that about 15% of people there will get infected. But countries are now likely to have distinct immune profiles because their histories of COVID-19 waves and vaccination rates differ, Althaus adds. As a result, the sizes of BA.4 and BA.5 waves will vary from place to place. “It might be 5% in some countries and 30% in others. It all depends on their immunity profile,” he says.

What impact will BA.4 and BA.5 have on society?

This, too, is likely to vary by country. Despite high case numbers, South Africa experienced only a small rise in hospitalizations and deaths during its BA.4 and BA.5 wave, says Waasila Jassat, a public-health specialist at the country’s National Institute for Communicable Diseases in Johannesburg.

In a study that will soon be posted to the medRxiv preprint server, Jassat and her colleagues found that South Africa’s BA.4 and BA.5 wave led to similar rate of hospitalization but slightly lower death rate when compared with the country’s earlier Omicron wave. Both Omicron surges proved much milder, in terms of hospitalizations and deaths, than the country’s ferocious Delta wave.

Outside South Africa, other countries are seeing more significant impacts from BA.4 and BA.5. In Portugal — where COVID-19 vaccination and boosting rates are very high — the levels of death and hospitalization associated with the latest wave are similar to those in the first Omicron wave (although still nothing like the impact caused by earlier variants).

One explanation for the difference could be Portugal’s demographics, says Althaus. “The more elderly people you have, the more severe disease.” Jassat thinks that the nature of a country’s immunity can also explain varying outcomes. About half of adult South Africans have been vaccinated, and just 5% have taken up a booster. But this, combined with sky-high infection rates from earlier COVID-19 waves, has erected a wall of ‘hybrid immunity’ that offers strong protection against severe disease, particularly in older people, who are the most likely to have been vaccinated, she adds.

How well do vaccines work against the variants?

Lab studies consistently suggest that antibodies triggered by vaccination are less effective at blocking BA.4 and BA.5 than they are at blocking earlier Omicron strains, including BA.1 and BA.22–6. This could leave even vaccinated and boosted people vulnerable to multiple Omicron infections, scientists say. Even people with hybrid immunity, stemming from vaccination and previous infection with Omicron BA.1, produce antibodies that struggle to incapacitate BA.4 and BA.5. Research teams have attributed that to the variants’ L452R and F486V spike mutations.

One explanation for this is the observation that BA.1 infection after vaccination seems to trigger infection-blocking ‘neutralizing’ antibodies that recognize the ancestral strain of SARS-CoV-2 (the one that vaccines are based on) better than they recognize Omicron variants2,7. “Infection with BA.1 does induce a neutralizing antibody response, but it appears to be a little bit narrower than one would expect,” leaving people susceptible to immune-escaping variants such BA.4 and BA.5, says Ravindra Gupta, a virologist at the University of Cambridge, UK.

What will come next?

That’s anybody’s guess. The parade of Omicron subvariants could continue, with new variants picking further holes in existing immunity. “Nobody can say BA.4/5 is the final variant. It is highly probable that additional Omicron variants will emerge,” says Kei Sato, a virologist at the University of Tokyo. Researchers have identified several spots on the spike protein that are currently recognized by the antibodies that are triggered by vaccination and previous infection, but that could mutate in future Omicron strains2.

Another possibility is the emergence of a variant from a branch of the SARS-CoV-2 family tree different from the one that bore Omicron. Repeat Omicron infections could build broad immunity against successive lineages, creating an opening for a totally different SARS-CoV-2 variant that is unfamiliar to people’s immune responses, says Gupta. “The bar is getting higher and higher for a virus to take over.”

Increasingly, scientists think that variants including Omicron and Alpha probably originated from months-long chronic SARS-CoV-2 infections, in which sets of immune-evading and transmissibility-boosting mutations can build up. But the longer Omicron and its offshoots continue to dominate, the less likely it is that a totally new variant will emerge from a chronic infection, says Mahan Ghafari, who researches viral evolution at the University of Oxford, UK.

To succeed, future variants will have to evade immunity. But they could come with other worrying properties. Sato’s team found that BA.4 and BA.5 were deadlier in hamsters than was BA.2, and better able to infect cultured lung cells6. Epidemiology studies, such as the one led by Jassat, suggest that successive COVID-19 waves are getting milder. But this trend should not be taken for granted, Sato cautions. Viruses don’t necessarily evolve to become less deadly.

It’s also unclear when the next variant will appear. BA.4 and BA.5 started emerging in South Africa only a few months after BA.1 and BA.2, a pattern now being repeated in places including the United Kingdom and United States. But as global immunity from repeated vaccination and infection builds, Althaus expects the frequency of SARS-CoV-2 waves to slow down.

One possible future for SARS-CoV-2 is that it will become like the other four seasonal coronaviruses, the levels of which ebb and flow with the seasons, usually peaking in winter and typically reinfecting people every three years or so, Althaus says. “The big question is whether symptoms will become milder and milder and whether issues with long COVID will slowly disappear,” he says. “If it stays like it is now, then it will be a serious public-health problem.”