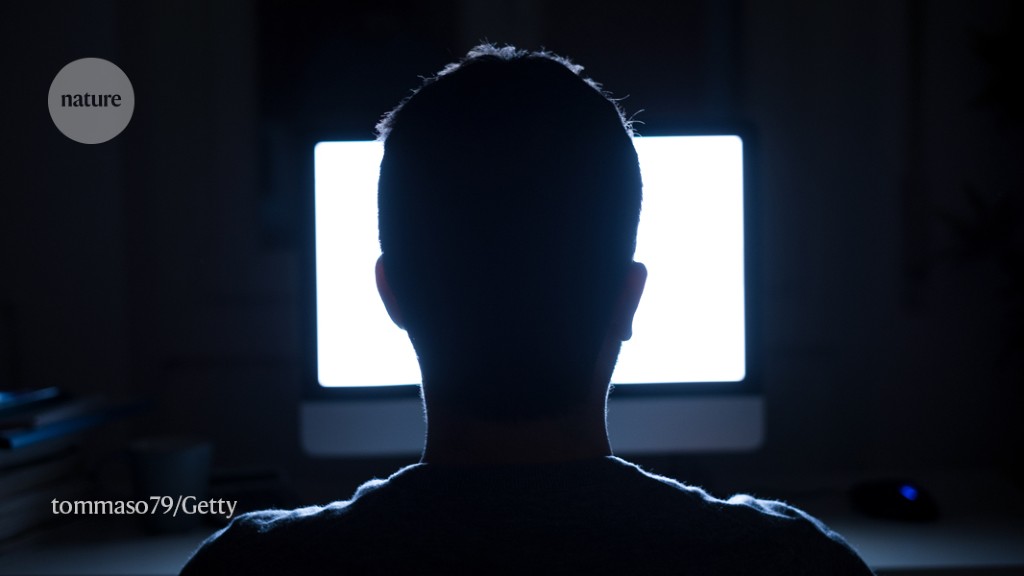 For years, a research-integrity sleuth who goes by the pseudonym Smut Clyde has been uncovering evidence of research misconduct. Alongside other science detectives, he has flagged hundreds of articles that are potentially products of paper mills: companies that churn out fake scientific articles that are bought by researchers who need papers to put on their CVs.

Publishers have retracted many of the suspect papers and taken steps to stop journals accepting submissions produced by paper mills. But the problem persists.

Clyde is just one of a host of researchers who do this sleuthing, often as an aside from their main jobs in academia. Some, such as research-integrity analyst Elisabeth Bik and molecular oncologist Jennifer Byrne, choose to put their name to the allegations they make, but others, including Clyde and sleuths known as Tiger BB8 and Morty, prefer to do their work pseudonymously. Until now.

Earlier this year, Clyde’s e-mail address appeared on a preprint article1 on the Research Square server, describing a paper mill that has apparently produced more than 800 suspicious-looking chemistry papers. The author of the preprint is named as David Bimler, a retired psychologist formerly based at Massey University in Palmerston North, New Zealand.

After confirming that Clyde and Bimler are one and the same, Nature spoke to the man himself about paper mills, pseudonyms and Internet sleuthing.

What is it about paper mills and fake science that inspires you to do this work?

I remember realizing this phenomenon existed, and it was a novelty. It became a fascination. It has the same kind of intellectual appeal as solving crosswords or jigsaw puzzles. Every time a new coherent picture of a paper mill appears, it’s like putting together the pieces of a jigsaw. It’s also a way of contributing to science. Getting published with well-founded science is certainly a positive contribution, and getting rid of junk science is also contribution.

Why use a pseudonym?

I like the mystique. I do feel that science criticism should stand on its own two feet and not depend on the credentials and qualifications of the person who the questions come from. So being anonymous is quite helpful for that. If anyone asks me what my qualification is for speaking about weird chemistry or weird mathematics or weird biology, I like to be able to answer that it is the Internet. I could be a retired art historian, or a retired spy looking for new ways to hone the skills. My actual qualifications shouldn’t matter.

Tell us about your latest paper-mill discovery.

It is quite an atypical one. I was surprised there were so many papers about an imaginary crossover between advanced chemistry and medical applications. The paper mill has published, I imagine, about 1,000 papers, although some of them are not in very accessible journals. The papers are all claiming that metal–organic framework (MOF) compounds have applications such as killing cancer cells or stopping inflammation. MOFs do have some marvellous physical properties, so you can see why people get enthusiastic about them. But the idea that they might have medical properties is extremely far-fetched, and yet these journals have accepted hundreds of papers about them.

What first raised your suspicions?

I was browsing through PubPeer (the post-publication peer-review site) to see what other people had highlighted as unusual. I must credit Sylvain Bernès, a Mexican crystallographer who had queried a few of them. I noticed a couple of papers in short succession that cropped up on the radar and reminded me of one another. Then it was fairly easy to hunt around in the same journals to find more examples. A snowball effect happened, especially when I found out that they were also using bogus reference sections to save time on the production line.

The papers were recycling references, including references that had nothing to do with the citations that they corresponded to. I could search for papers that had cited these irrelevant references, and that became an incredibly productive way of finding more papers associated with the paper mill.

We’ve heard about scientists citing themselves or having citation exchanges with each other to boost their profile. What’s new about these suspicious citations?

These citation networks are mediated by a central broker; you don’t need to know the people you are citing. You sign up to a network and the broker tells you which papers to cite in your paper, and then, in turn, your papers get cited by someone that you have never heard of. It turns out that the crystallography paper mill was also operating as one of these networks.

What’s next for you?

There are a few more things I’m looking at — there is no shortage of paper mills out there. It would be nice to find some way of moving up to the next level by streamlining my investigations. That’s more of an ambition.