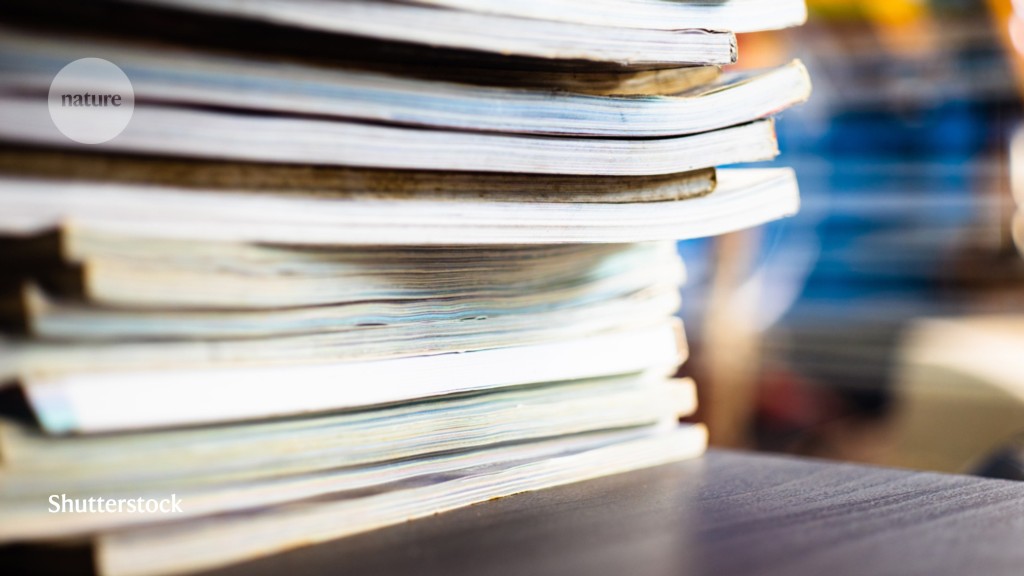 US research agencies should make the results of federally funded research free to read as soon as they are published, the administration of President Joe Biden has announced. This is a momentous shift from current policies that permit a delay of up to a year before papers must be posted outside paywalls.

Because the United States is the world’s biggest research funder, the change — to be implemented by the end of 2025, if not sooner — is a boost for the growing open access (OA) movement to make scientific research publicly available. This has already been hugely encouraged by Plan S, a charge towards zero-embargo OA led by European funders. “It’s a very big deal,” says Peter Suber, who heads the Harvard Open Access Project at Harvard University in Cambridge, Massachusetts. “This new US policy is a game changer for scholarly publishing,” adds Johan Rooryck, the executive director of the cOAlition S group of funders that is behind the European-led plan.

The policy change was announced on 25 August, in guidance that the White House Office of Science and Technology Policy (OSTP) issued to federal agencies. The OSTP recommends that agencies ensure that peer-reviewed work from their grant recipients is made available in an agency-approved public repository without delay after publication. Each agency can develop its own protocols about precisely how this is to be done — a process to be completed in the next six months to a year.

“The American people fund tens of billions of dollars of cutting-edge research annually,” said Alondra Nelson, acting head of the OSTP, in a statement. “There should be no delay or barrier between the American public and the returns on their investments in research.”

The White House is not insisting that papers also be made OA in scientific journals. But with future US research papers becoming available immediately in repositories, publishers might fear libraries cancelling journal subscriptions. They could react by shifting more towards OA publishing, observers say. So far, journal publishers have mostly responded by saying that they’re committed to providing OA options for researchers. However, some have said that they hope US agencies will also provide more funding for OA publishing, and others that they’re worried about the sustainability of their businesses.

The OSTP guidance builds on US public-access policies that date back nearly two decades. In 2008, the US National Institutes of Health (NIH), a major funder of biomedical research, told scientists receiving its grants to deposit their studies in a public repository within a year of publication. Seven years later, the administration of then-US president Barack Obama extended that requirement to include recipients of funds from some 20 other federal agencies. Under that policy, more than eight million scholarly publications have become free to read, and together they are viewed by three million people per day.

The latest White House guidance eliminates the one-year grace period. It was developed over the past year with input from several federal agencies, according to the White House, which says that the policy will bolster innovation and transparency by ensuring that everyone has access to the results of taxpayer-funded research. Bringing the whole US federal government on board has been difficult owing to the sheer number of agencies and the variety of research they fund, from basic and applied science to the humanities. “Now we are going to be wall-to-wall open access,” says Suber.

Those who track OA trends are waiting to see how the US policy will change the science-publishing industry at large. “A lot will depend on how publishers react,” says Robert Kiley, head of strategy at Coalition S.

In theory, focusing on public repositories that can house the accepted, peer-reviewed versions of papers allows journals to continue charging institutions subscription fees and keeping final papers behind a paywall. In practice, eliminating the 12-month delay before US research is made open might change that, if publishers fear losing subscription income. “This will help accelerate the momentum toward flipping the system to where journals are fully open access,” says Lisa Hinchliffe, a librarian at the University of Illinois at Urbana–Champaign.

It’s also unclear whether US funding agencies or libraries would offer to increase their help for researchers who need to cover the up-front per-paper fees that most journals request for OA publishing. A separate OSTP analysis on the economics of the US public-access policy, also released on 25 August, notes that the NIH and National Science Foundation (NSF) do currently cover these costs. The OSTP estimates that such publication charges currently amount to about 0.5% of the NIH research budget. But research libraries spend much more: their expenditure on public access ranges from 0.2% to 11% of their budgets.

Kiley expects an ecosystem of mixed business models to emerge: some journals, for instance, will adopt models that avoid charging authors per-paper fees, such as bulk contracts with libraries.

Journal publishers contacted by Nature say that they support the White House objectives and are ready to ensure that authors can to fulfil the new requirements. A spokesperson for Elsevier, the world’s largest scientific publisher, says it “actively supports open access to research” and looks forward to working with the OSTP to understand its guidance. “We believe it is too soon to tell if this guidance will impact our journals,” said Sudip Parikh, chief executive of the American Association for the Advancement of Science (AAAS) in Washington DC, in a statement. The AAAS already allows authors to publish accepted manuscripts in institutional repositories immediately after publication, and Parikh said his organization is exploring further ways to allow access to such manuscripts, which will help to “ensure equitable access to scientific publishing for readers and authors”.

Carrie Webster, vice-president for OA at Springer Nature, which publishes Nature, notes that the firm has 580 fully OA journals and 2,000 publications that are committed to becoming fully OA. But she adds that the company hopes to see “a commitment from the US federally funded agencies to support gold OA”, referring to financial support for publishing papers OA in journals. (Nature’s news team is editorially independent of its publisher.)

The Association of American Publishers (AAP) in Washington DC issued a statement saying the OSTP announcement “comes without formal, meaningful consultation or public input during this Administration on a decision that will have sweeping ramifications, including serious economic impact”. It said it had concerns about “business sustainability and quality”. The AAP was among publishers that strongly objected to a rumoured White House change to the US public-access policy in 2019.