The Bad Side of Ultrafast Fashion 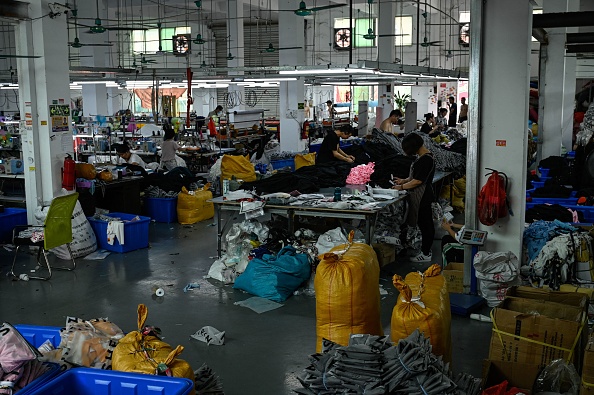 Boohoo in the UK, SHEIN in China, and Emmiol in Hong Kong all use the same internet-based business strategy to create products and collections quickly and cheaply.

Young people under 25 – sometimes referred to as Generation Z – enjoy placing orders for rapid fashion, which are then delivered by mail.

Greenpeace, on the other hand, has criticized the “throwaway clothes” trend as outrageously wasteful, claiming that it consumes 2,700 gallons of water to produce one T-shirt that is quickly discarded.

According to the environmental advocacy group, many of these cheap garments end up on large dump sites, burned over open fires, along riverbeds, and washed out into the sea, with serious implications for people and the world.

Pictures of heaps of subpar clothing that have been thrown or returned to the seller soon after purchase have gone viral, drawing attention to the enormous quantity of waste.

Due to decades-high inflation, demand for inexpensive clothing has increased, making it difficult for many high-street stores affected by COVID and with high overhead expenses to compete.

Ignorant of the environmental impact, she claimed that the brand just enables her to keep up with current fashions without spending an enormous amount.

Lola often buys 10 things for an average total of $71 in two to three orders every month from SHEIN.

The young target market for ultrafast fashion, like Lola, just has less money to spend.

As a result, these customers want quantity rather than the quality of clothing, according to Paris-Dauphine University economics professor Valerie Guillard.

However, the business is known for consuming priceless resources and harming the environment.

In November 2021, the Swiss NGO Public Eye learned that workers in several SHEIN plants had been putting in up to 75 hours a week, in violation of Chinese labor standards.

Additionally, according to the French Agency for Ecological Transition, fast fashion is responsible for an astounding 2% of annual global greenhouse gas emissions.

That is equivalent to all maritime and air traffic put together.

Climate activist Greta Thunberg has expressed her displeasure with the genre in the interim.

Last year, Thunberg urged a change in a letter that the fashion industry is a huge contributor to the climate and ecological emergency, not to mention its impact on the countless workers and communities who are being exploited throughout the world so that some may enjoy fast fashion that many treats as disposables.

Also Read: How the Fashion Industry and Consumer Culture Are Destroying Our Environment

Along with reducing the manufacture of new clothing, people must also cease discarding clothing that is no longer in their closets.

According to estimates from 2017, one garbage truck full of textiles is burned or landfilled every second, as per CHEC International.

Instead, a large volume of clothing may be recycled to make new clothes or other products.

Although it is possible to recycle clothing, fewer than 1% of the total fabric used to make clothing is recycled into new garments.

Only 12% of waste is recycled and used for things like insulation or mattress filling.

There are some suggestions for minimizing clothes waste.

Washing at lower temperatures and repairing when possible will extend the lifespan of people’s clothing.

Sell or donate the old clothes to a charity store. Used clothing can be sold on a variety of trading websites. If something cannot be fixed or is unfit to be given to another person, place it in a bag and recycle the bag once it is full.

After that, the clothing will be transformed into brand-new things like cleaning cloths, industrial blankets, or padding for chairs.

Old garments and other textiles can be donated to one of the UK’s many textile banks. Typically, people may locate these in nearby parking lots and supermarkets.

To determine the location of the closest textile bank, go to the Recycle Now website.

Several stores will recycle people’s old textiles and clothing if they give the clothes to them.

We must alter our consumer habits to attain a sustainable future.

Without doing so, we won’t be able to stop the food waste epidemic or the climate issue.

Our outfit choices and the fast fashion trend are not better.

Better care must be taken of both the clothes we wear now and those we leave behind.

How kombucha is made #shorts
The soft skills that make for success in sustainability
Transportation Department is losing top auto safety regulator after a few months on the job
Voyager customer lost $1 million saved over 24 years and is one of many now desperate to recoup funds
OPEC not to blame for soaring inflation, new chief says, citing underinvestment in oil and gas