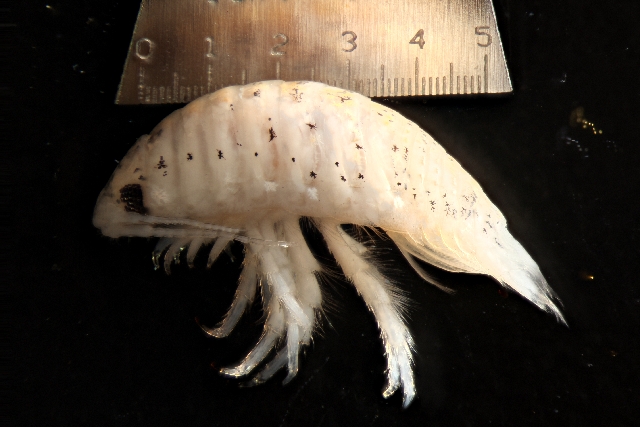 In California, swarms of tiny sea bugs have been nibbling on people’s feet with their needle-sharp teeth.

One woman was bitten by the tiny creatures while she was strolling along a shoreline in De Anza Cove, San Diego.

Tara Sauvage, a beachgoer, claimed that it was painful and that she jumped out of the water out of shock. Her foot and the space between her toes were covered in blood.

She added that she felt like she had been bitten by tiny piranhas.

Excirolana chiltoni, a small isopod that lives in the coastal waters of the Pacific Ocean and migrates up and down the coast throughout the seasons, has been identified as the source of the bites.

It is an isopod, a relative of roly-polys that can be found living in the ocean up to Alaska and Japan in very shallow waters.

They frequent the shallow waters and are well known for biting people.

Ryan Hechinger, a professor from the Scripps Institution of Oceanography, claimed that the isopods enjoy eating fresh meat in the manner of a dying or battered animal.

Excirolana chiltoni are extremely small, only reaching a length of 0.3 inches.

They are scavengers, tearing the flesh of both live and dead animals with their razor-sharp teeth.

According to a report from 1993, the creatures have sharp and saw-toothed mandibles that are made to cut into the skin quickly and accurately.

Sauvage felt better in a matter of minutes after washing the ocean bugs off her feet, even though they are painful and can draw blood.

Cleaning Dead Fish Off the Ocean

As part of the decomposition cycle, the isopods play an important role in the marine ecosystem by breaking down the flesh of dead animals.

They are not harmful, and they are a vital component of the ecosystem.

Hechinger added that since the tiny isopods consume dead fish, the water does not smell like dead fish.

However, they can cause problems in situations where it is undesirable for bodies to decompose, such as in drowning victims.

These bugs can decompose a body over time to such an extent that it makes it more difficult for forensic investigations to identify drowning victims.

Cirolana harfordi, a close relative of the scavenging isopod, is suspected of being the source of more serious bleeding from an individual’s ankles in Melbourne, Australia, back in 2017.

The experts speculated that maybe the teenager was unlucky and accidentally walked into a group of the carnivorous isopods as they were trying to feed on something else.

According to Professor Richard Reina of Monash University in Australia, the type of injury he sustained only occurs when there is a chance that hundreds or thousands of them will begin biting over time, Newsweek reported.