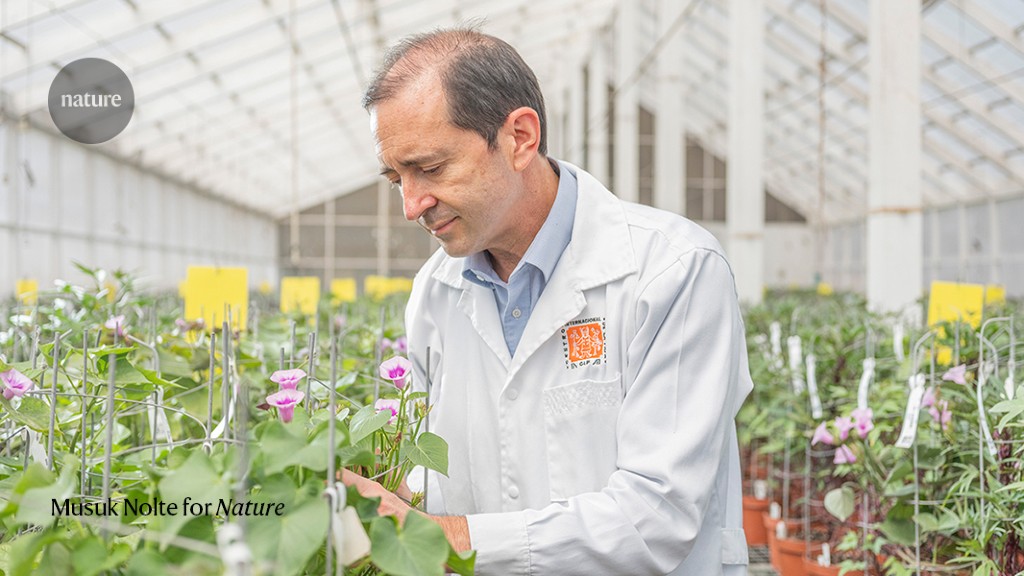 All crops have been modified through some form of improvement, whether to enhance yield, taste, resilience or another factor. My passion is to continue accelerating the development of crop varieties that are more resistant to climate change and pests. This will make food supplies more secure and will also improve the quality of life for small-hold farmers in Africa and Asia, whose livelihoods can be devastated by crop failure.

The goal of crop breeding is not only to develop new varieties, but also to produce genetically superior parents with a range of desirable traits that will be useful in future generations. Complex traits, such as yield or climate resilience, are often regulated by many genes. To speed up crop breeding for those traits, we use genomic data to select the best parental combinations, and then cameras and digital tools to identify the best progeny.

In this photo, I’m in a greenhouse in Peru owned by my employer, the International Potato Center (CIP), inspecting potential sweet potato (Ipomoea batatas) breeding parents for cross-pollination. CIP is one of 13 gene banks and research facilities around the world, known collectively as One CGIAR, which protect and utilize crop genetic diversity. I’ve worked at CIP since 2016; before then, I worked in industry, where I developed crops such as drought-tolerant corn hybrids.

Because potatoes don’t have seeds that can be preserved for decades, we must reproduce them by growing small parts of plant organs, such as a root, a tuber or part of a stem, in tissue culture. Nearly 85% of the unique potato populations stored at CIP are also cryopreserved in liquid nitrogen to maintain a long-term backup.

I can’t think of a nobler mission than working on food security. I hope that more young scientists — especially women — will focus their talents on crop breeding for the future.

Space Force shifting resources to intelligence and cybersecurity
Biologists Have Discovered How Burmese Python’s Grow and Evolve
WHY IS THERE A MOON? …. and more!
BYD brings its ultra-safe Blade Batteries to the commercial EV world with new eBus platform
How to gain a competitive edge in grant writing