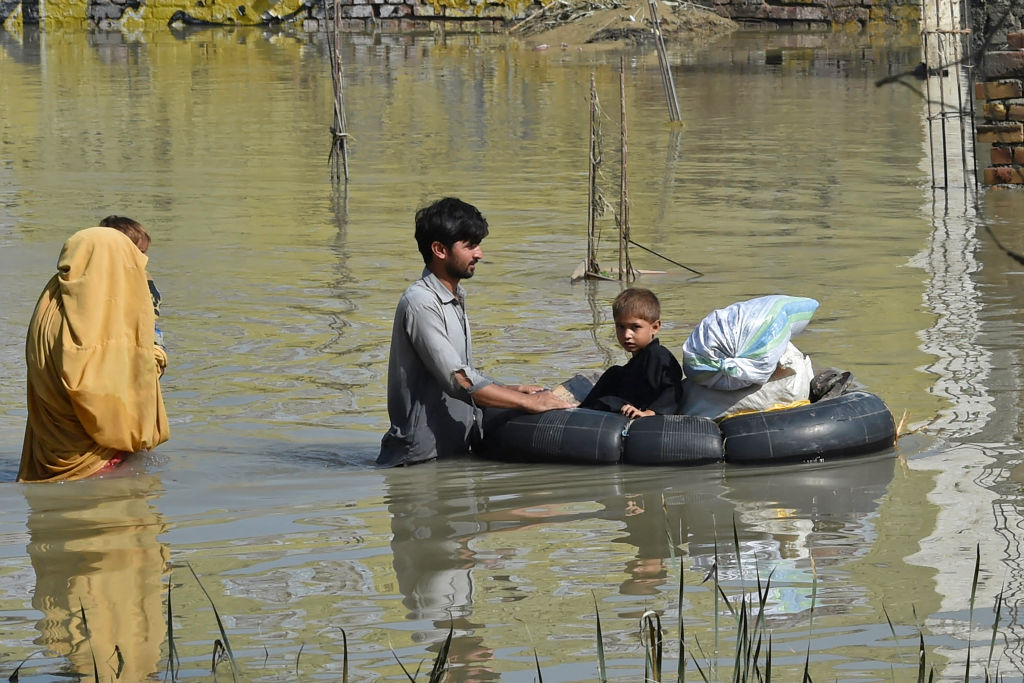 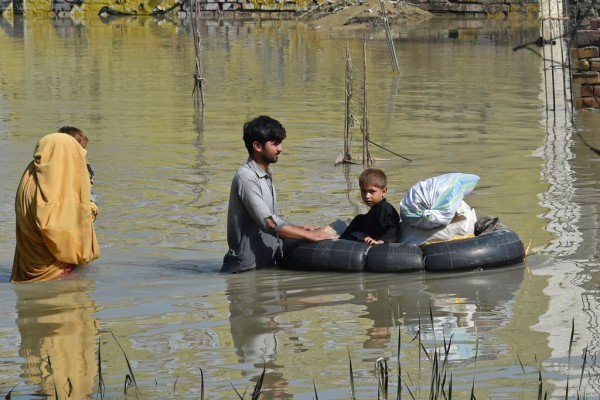 Over 100,000 people were forced from their homes in Pakistan after weeks of devastating flooding destroyed countless acres of crops, leaving those left behind in serious need of food, water, and medical attention.

Record monsoon rains and melting glaciers in Pakistan’s northern highlands have caused flooding during the past month. As of September 5, the floods have affected 33 million people in Pakistan, claimed at least 1,314 lives-including 458 children and destroyed or damaged 33 million homes.

According to The Guardian, Pakistan had 15.4 inches of rain in July and August, roughly 190% higher than the 30-year normal. Additionally, according to AccuWeather, Karachi, the largest city in Pakistan, had a more than 24-hour increase in rainfall during a monsoon storm in late July.

Numerous bridges, 7,000 kilometers of highways, and approximately two million houses and businesses have been destroyed, causing significant structural damage throughout the nation.

According to AFP, a new body of water that the floods in southern Sindh (one of Pakistan’s four provinces) have formed has widened over the last several weeks, displacing thousands and submerging hundreds of communities and farms.

Ayaz Ali, a rescued villager, told AFP that “nobody knows where their hamlet is anymore; the average guy can no longer identify his own house.”

Also Read: Global Weirding: Humans Have Drastically Altered the Climate to the Point of Bringing Chaos

Those who have traveled to the temporary settlements have described conditions that are worse than what they found in their own houses, including foul smells from waste and rotting foliage and a lack of functional toilets.

According to Muhammad Iqbal of the Pakistan-based humanitarian group Alkhidmat Foundation, “there is an enormous demand for drinking water and bathroom facilities.” He did warn them that they could have to wait longer.

Iqbal claimed that until the flooding problems have been handled, the government’s priority is “draining the flooded regions,” putting most of the relief efforts in the hands of volunteers.

The country’s agricultural heartland has been submerged, raising concerns about how the floods may affect Pakistan’s food supply. According to the International Rescue Committee, Pakistan’s crops have suffered damage on more than 3.6 million acres due to the floods.

Pakistan used to sell excess wheat to Afghanistan and other nations, but now it needs to import wheat and vegetables.

Shahbaz Sharif, the prime minister of Pakistan, recently gave Turkish President Recep Tayyip Erdogan an update on the situation and thanked Turkey for sending aid supplies, including food, tents, and medication. The nation and its military, United Nations organizations and neighborhood charities have given much-needed food to people imprisoned in the temporary camps. More than 660,000 individuals are presently residing in the camps. 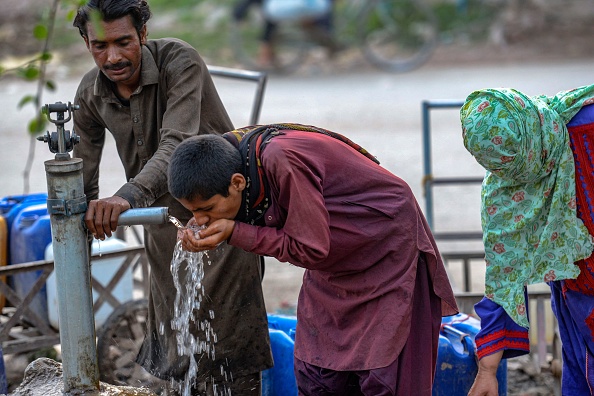 Many nations, including the United States, have stepped up and sent more than 60 planeloads of aid to Pakistan after pleading with the UN to dispatch assistance. According to a statement from the Foreign Ministry, three American military aircraft bringing relief touched down in the southern Sindh province on Monday, making a total of 10 such flights to have done so since the crisis started.

The Meteorological Department predicts that this week will be another difficult one for the nation since light rain is anticipated to fall during the week in flood-affected areas.

Volunteers have consistently stood by their fellow citizens throughout the conflict.