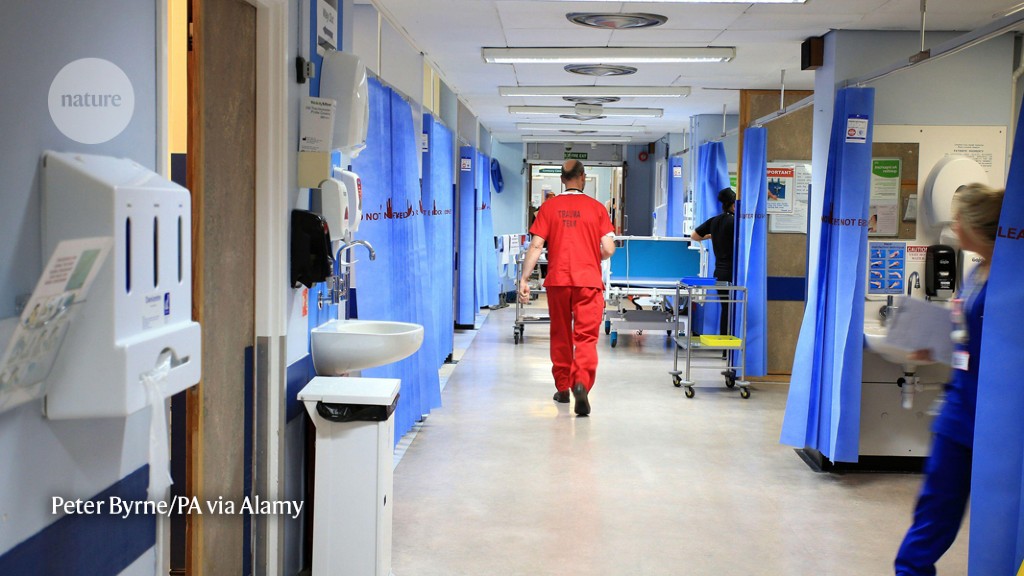 In the months since UK physicians sounded the alarm about mysterious cases of hepatitis that seemed to be striking young children, researchers have been scrambling to determine the cause — and a possible connection to the coronavirus pandemic has been among the leading hypotheses.

But on 17 June, researchers at the US Centers for Disease Control and Prevention (CDC) published data suggesting that — in the United States, at least — rates of hepatitis, or liver inflammation, with an unknown cause had not changed since 2017 among children aged 11 or younger1. If true, the finding could confound the pandemic-link theory.

Not everyone is convinced by the data, however, and it is unclear whether the same finding will emerge from other countries. “I can tell you, having worked in this country for 30 years as a liver doctor, we’ve had a huge number of cases in 2022,” says Deirdre Kelly, a paediatric hepatologist at the University of Birmingham, UK. “And I think the United Kingdom’s case ascertainment is extremely good.”

Despite the US results, the CDC continues to explore possible connections to the pandemic. An analysis published on 24 June showed that 26% of 123 children with unexplained hepatitis in the United States had a history of a positive COVID-19 test prior to their liver illness2. The CDC is now working to collect the samples it needs to test for antibodies against SARS-CoV-2, to find out if other children with hepatitis had previous infections that went undetected, says David Sugerman, a medical officer in the Division of Viral Diseases at the CDC’s National Center for Immunization and Respiratory Diseases. “We’re very much looking at SARS-CoV-2 still,” he says.

Hepatitis in children has a number of known causes, including infection by viruses such as hepatitis A, and exposure to certain medications, such as paracetamol. But every year, a few cases of unexplained paediatric hepatitis occur.

In early April, the United Kingdom Health Security Agency (UKHSA) notified the public of an apparent uptick in the number of young children with serious liver inflammation. At the time, the agency reported 60 possible cases in children under the age of 10 in 2022. Physicians typically see about 20 such cases a year in the United Kingdom, says Kelly.

Since the start of this year, more than 250 UK children have had hepatitis — and, by 26 May, a total of about 650 cases in 33 countries had been reported to the World Health Organization. Twelve of the British children required a liver transplant; none have died. In the United States, 11 of 296 children believed to have the condition have died.

In the United Kingdom and the United States, many of the children with mysterious liver inflammation were also infected with a member of a family of common viruses known as adenoviruses. This has led to speculation that the hepatitis is caused by an adenovirus. But although this is the UKHSA’s leading hypothesis, it is not a broadly popular one. Researchers have pointed out the lack of statistical controls: adenovirus infections often peak in the winter and spring, and it’s unknown what the infection rate was among children who did not develop hepatitis.

There is also a lack of precedents: adenoviruses are not known to cause hepatitis in children with healthy immune systems. And the levels of virus found in most of the children with liver inflammation are low. “I don’t think it’s adenovirus,” says paediatric hepatologist Orit Waisbourd-Zinman at Schneider Children’s Medical Center in Petah Tikva, Israel.

But Waisbourd-Zinman and Rawat both say that all the children they saw either had tested positive previously for SARS-CoV-2, or had family members who had. The UKHSA has also consistently listed COVID-19 as a possible explanation. However, only 15% of the UK children with hepatitis were actively infected with SARS-CoV-2 at the time of their diagnosis, and the agency has not released data on how many had antibodies against the virus, which would have suggested previous infection.

Although none of the hypotheses is a clear winner yet, the timing of the apparent outbreak of hepatitis strongly suggests some connection with the pandemic, says virologist William Irving at the University of Nottingham, UK. The increase in cases could be a consequence of direct damage from past SARS-CoV-2 infection, reduced exposure to viruses during the lockdown or aberrant immune responses triggered by the coronavirus. “This is all handwaving,” he says. “But I feel like the COVID pandemic has to be critical.”

One thing that is clear is that the condition is not linked to COVID-19 vaccination: only a handful of the children in the United Kingdom who developed hepatitis had been vaccinated.

The CDC study, covering 2017–22, questions any explanations that involve the pandemic. The team picked through data from health-care records, organ-transplant records and laboratory testing of stool samples for adenovirus. In the end, the researchers found no recent increase in the number of paediatric hepatitis cases, transplants or adenovirus-positive stool samples1.

But Waisbourd-Zinman says that a simple analysis of electronic health records might not reveal the true rates of unexplained hepatitis in children. She attempted a similar study in Israel, she says, but quickly found that she had to manually dig through health records to find buried diagnoses. For example, one case of hepatitis turned out to be the result of medication used during a kidney transplant; another was an infection with a known hepatitis-causing virus. These causes were not coded as such in the health records, and a cursory examination would have lumped them together with unexplained cases of liver inflammation.

In April, researchers also determined that rates of unexplained hepatitis in children in mainland Europe were not above the baseline for that region4. But Kelly, who consulted on that analysis, notes that it was also limited: as in the United States, Europe’s health-care data are fragmented, she says, and the European survey included only specialist hospitals.

Some countries, including Israel and the United Kingdom, have now asked physicians to report cases of paediatric hepatitis that are not explained by known causes to public-health authorities, to aid in tracking the condition. This, plus the variety of research studies that have been launched to track down the cause of the condition, could shed light on the handful of mysterious paediatric liver inflammation cases that appeared each year — whether or not they are linked to COVID-19 — says Kelly.

“I think there might be something special about those children that makes them susceptible,” she says. “Maybe one of the positive aspects of this is that we might find out what that is.”