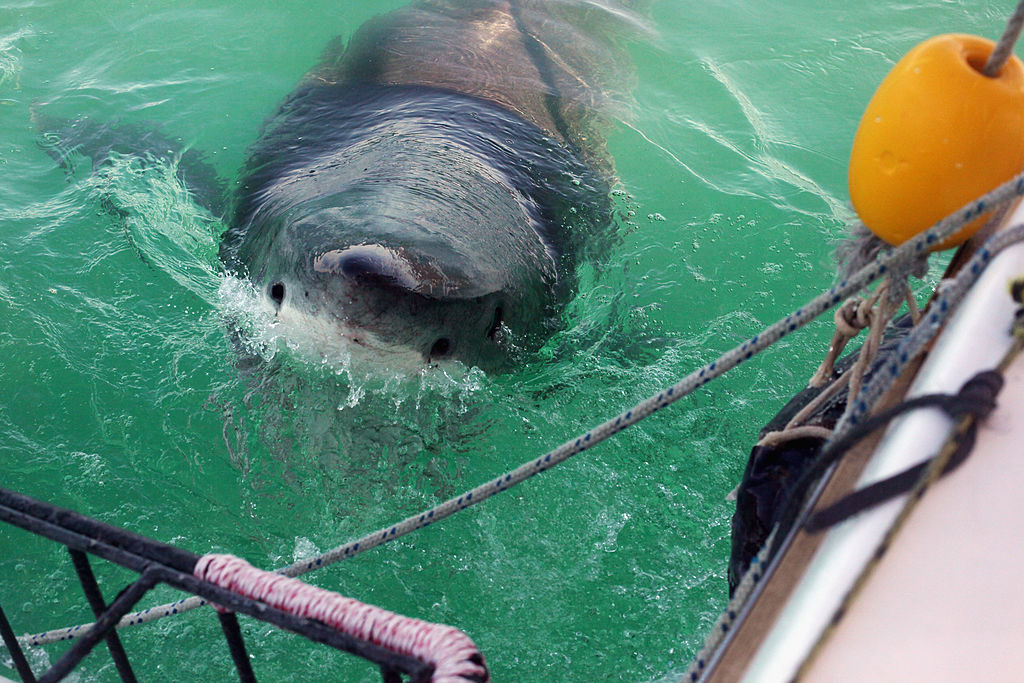 Ironbound is a massive great white shark that has been spotted off the coast of New Jersey recently.

The male shark is believed to have significantly grown, measuring over 12 feet and weighing approximately 1,000 pounds since it was first tagged in 2019. 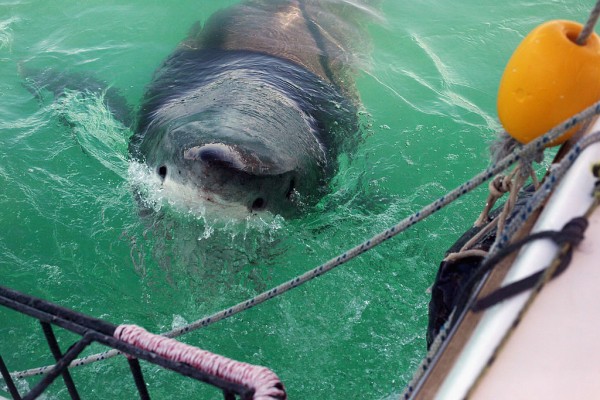 On the night of April 28, a satellite-based “ping” emerged in the Hudson Canyon, a fishing canyon and submarine canyon situated around 90 miles east of the New Jersey coastline.

The ping came from Ironbound who reached the state as part of its northward migration route into Canada, as per USA Today.

A ping reportedly occurs when the attached spot tag on the shark’s fin is above water level for about 90 seconds for a satellite to detect it.

Ironbound was first tagged in October 2019 off the coast of Lunenburg, Nova Scotia, which since then, swam over 13,000 miles and reached the southeastern coast of the United States, according to the Global Shark Tracker app owned by OCEARCH, as cited by USA Today.

On April 25, the great white shark was also reported on the North Carolina coast before heading towards New Jersey.

The organization is reportedly known for tagging other great white sharks in the Atlantic Ocean for more than a decade already.

Data, including the life cycle, biological samples, blood, and tissues, is taken from one of the ocean’s apex predators. This information is quickly extracted before taking back the sharks in the wild again.

As part of spring migrations, sharks are not the only marine species moving this time of the year as dolphins, tunas, and whales have also been reported to have their own exodus.

Aside from OCEARCH, other organizations and scientific research groups also engage in fish tagging.

The method allows marine biologists and concerned members of the scientific community to gain insight into movement patterns, birth and mortality rates, seasonal variations, and harvest levels, as per the National Geographic Society.

In the case of Ironbound, the mating season is over; as a result, the shark is likely to head back north to the feeding ground and bulk up for next year, according to Bob Hueter, chief scientist at the OCEARCH, who told CNN.

Hueter said the colossal fish is possibly around 20 years old but highlighted that it is not the biggest fish that OCEARCH had encountered in the past.

In fact, the organization has tagged other great white sharks with sizes and weights as long as 17.5 feet and heavy as 4,000 pounds, as cited by CNN.

The OCEARCH scientist also stressed that great white sharks are a crucial part of marine ecosystems.

Having been around for 400 million years, these marine animals are important when it comes to maintaining a balanced population amongst the lower parts of the food chain.