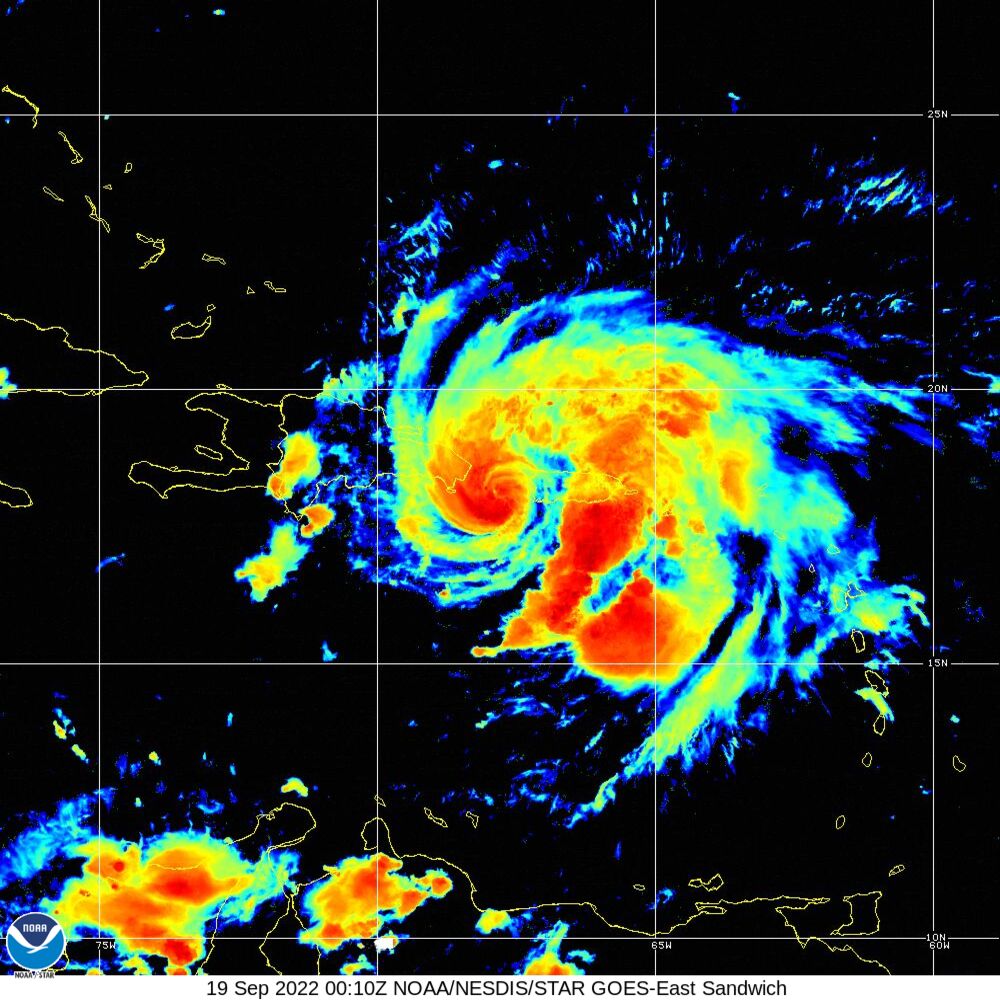 Fiona became a Category 2 hurricane on Monday evening with up to 100 mph maximum sustained winds and made landfall on September 18 on the southwestern coast of Puerto Rico., Punto Tocon, AccuWeather reported.

The Hurricane was not expected to cause heavy rains in the U.S.

Authorities said that at least four died from the impact of Hurricane Fiona. The Associated Press and other reports revealed the following:

Moreover, the Rio Guanajibo River near Hormigueros, in southwestern Puerto Rico, reached 29.2 feet on Monday morning, exceeding the 28.6 of Hurricane Maria in 2017.

In just three hours, Rio Grande De Manati  climbed to 15 feet. It could result in flash flooding and flooding in the area.

Furthermore, the AP reported that 837,000 customers were affected by the water service cut on the islands.

The impact of Hurricane Fiona resulted in over 24-hour power interruption in Puerto Rico’s entire island. AccuWeather revealed that 1.3 million had no electrical power on Monday evening.

However, officials said that 100,000 customers, such as hospitals, have their power restored.

The private company handling the power transmission lines in Puerto Rico, Luma Energy, explained that the complete power restoration for all affected communities could require days.

Moreover, AccuWeather shared that the total rainfalls of Hurricane Fiona as of Monday reached:

Before Fiona pounded the islands of Puerto Rico, officials urged the public to remain at home.

The country has also opened shelters for evacuations.

In the Dominican Republic, AP reported that 800 people were evacuated, while more than 700 were in shelters. People were advised to stay at home.

AccuWeather stressed that Hurricane Fiona would bring more flooding, damaging wind gust, flash floods, and landslides to the Dominican Republic as it moves away from the Caribbean.

State officials said that the storm’s damage could take days to assess.

Urban Areas Turn Inhospitable to Growing Trees, New Study Finds
September Heat Wave to Bring Back Summer-Like Temperatures for the Central US This Weekend
Rivian shows off custom fleet of electric mobile service vans and R1T pickups in video walkthrough
New report raises questions on DoD’s multi-orbit plan for space sensors
Here’s how we’re positioned in four sectors and some of the stocks we like in each