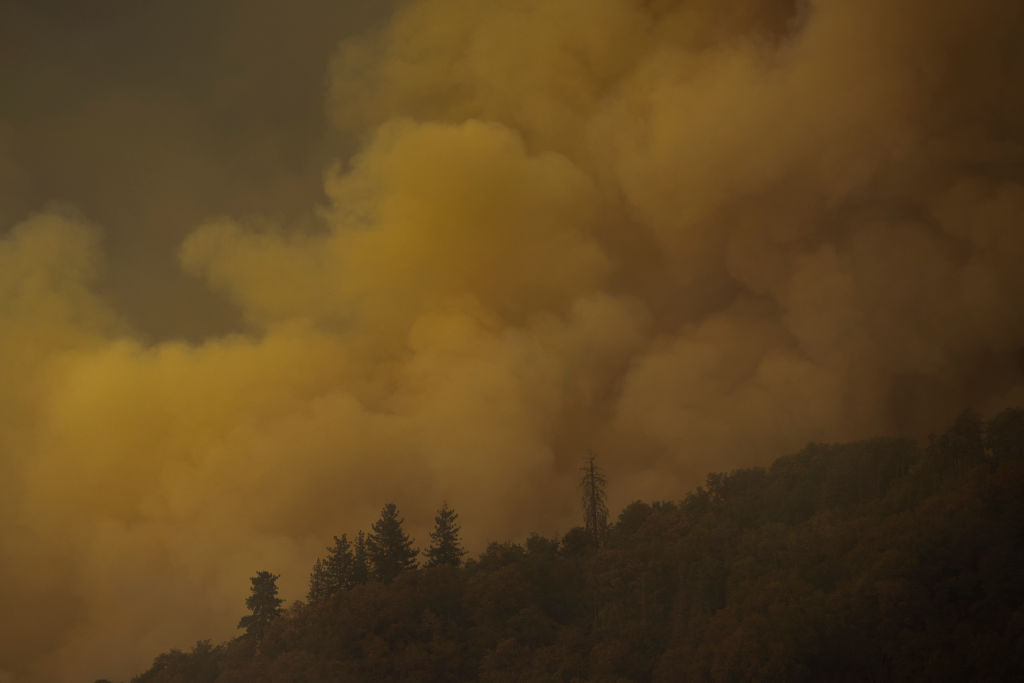 Wildfires in the western United States have become a commonplace over the years.

In fact, the drought-stricken region has witnessed frequent and devastating wildland fires affecting California and other areas, especially during the summer season.

Some of these fires were previously blamed for causing widespread air pollution, and for posing health threats due to toxic airborne particles that can cause severe or lethal health risks for unsuspecting individuals.

Currently, scientists have warned that the wildfire health risks from the western US are no longer confined in the region, but rather, it is already a countrywide concern in the aspect of public health.

Since the spring season in March, several areas across the US, including the states of California, Texas, Arizona, Nebraska, and New Mexico has witnessed multiple wildfire outbreaks.

These fires are aggravated by fire weather conditions, which favor their growth and fuel their intensity.

Wildfires trigger a variety of health issues, including asthma and shortness of breath.

The Centers for Disease Control and Prevention (CDC) stated approximately 25 million have asthma across the US.

Meanwhile, environmental scientist Yang Liu from Emory University in Atlanta emphasized that asthma is a widespread and common health condition, as cited by Science News.

In our article on April 20, Natural World News discussed a new study that found that western wildfires caused the highest air pollution level in the Pacific Northwest and unhealthy air pollutants, which can lead to pulmonary or respiratory health complications or even death.

One of the focus of the said April 2022 piece was the increasing contribution of global warming to the wildfires in California and its surrounding region.

In relation to the research, scientists placed emphasis that smoke from wildland fires and other blazes in in general have threatened millions of live in the region.

The natural events also undermined previous efforts to save the climate and environment.

The said study was published in the journal Nature Communications by the National Center for Atmospheric Research (NCAR), as mentioned by AccuWeather.

The “nationwide wildfire health risk” from the Western US only reinforced the previous claims of the increasing impact and threat posed by the ongoing climate crisis.

Such threat was issued before by previous research, including from educational institutions, government agencies, and intergovernmental organizations.

In 2021, the Intergovernmental Panel on Climate Change (IPCC) stated fire seasons become longer by nearly 20% since the 1980s and future wildfires may increase in frequency by at least 30% by the year 2050.

Climate change has already increase the number and frequency of wildfires.

This growing threat leaves world governments unprepared, according to a UN report in February, which was cited by PBS News Hour from the Associated Press.

The report suggested that the said natural disasters all over the world are becoming uncontrollable and catastrophic.

In particular, this is because the climate crisis brings more intense drought and hotter temperatures, which makes it easy for the fires to emerge and spread.

UN researchers have reportedly stated that the inaction or lack of efforts many nations should be driven towards preventing wildfires, rather than spending money and time to extinguish them.

Why Do So Many People Believe in Conspiracy Theories?
Consolidation wave pushes rivals SES and Intelsat into merger talks
Homeless, suicidal, down to last $1,000: Celsius investors beg bankruptcy judge for help
Nuclear power is on the brink of a $1 trillion resurgence, but one accident anywhere would stop that momentum
Elon Musk challenges Twitter CEO Parag Agrawal to a debate on bots