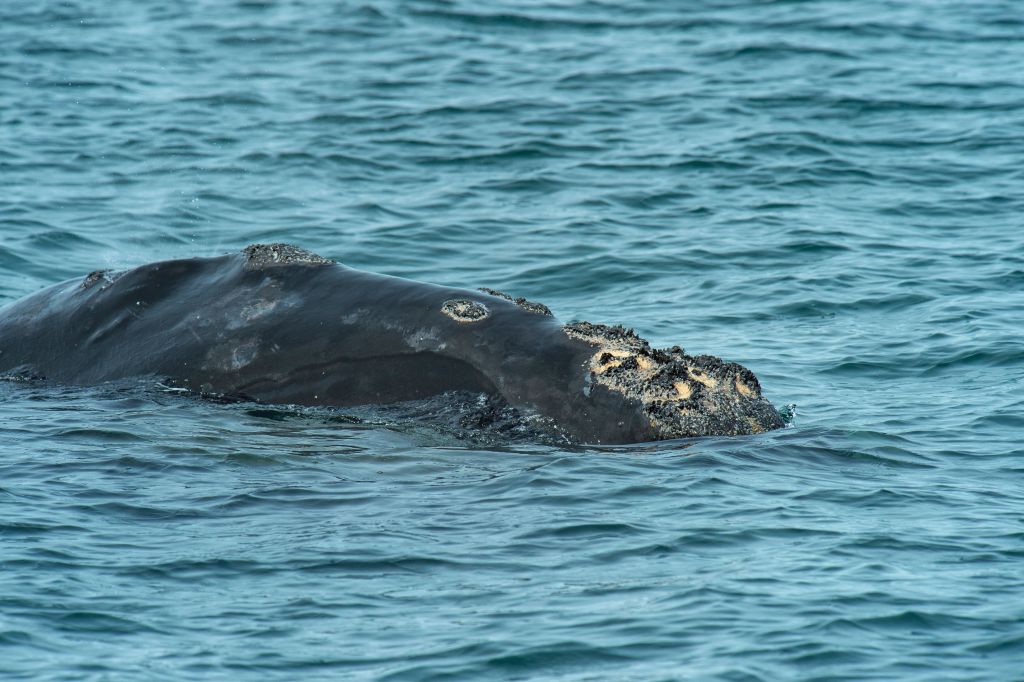 According to a recent study, the majority of injured North Atlantic right whales that are wrapped in fishing gear pass away within three years.

Since 2011, when there were more than 400 whales, their numbers have been dropping due to fishing entanglements, ship collisions, and climate change. The IUCN estimates that there are currently between 200 and 250 of these whales left in the wild as the population continues to decline. There are reportedly fewer than 350 left, according to the National Oceanic and Atmospheric Administration (NOAA).

Researchers examined the results of these incidents to determine how entanglements in fishing gear have affected the species’ decline. Between 1980 and 2011, they monitored the outcomes of 1,196 entanglements involving 573 right whales. Depending on how badly injured the whales were, they categorized each encounter.

Robert Schick, a research scientist at Duke’s Nicholas School of the Environment, explains that right whales frequently become entangled, but it can be difficult to comprehend the sublethal effects of each entanglement. The frequency of whales suffering from both moderate and severe injuries as a result of these entanglements has been rising over time. Gaining a better quantitative understanding of both the lethal and sub-lethal effects was essential. Schick is a co-lead author of the recently published study.

He continued by describing the various stresses that right whales experience. A framework for comprehending stressors one at a time is provided by their study.

The researchers combed through four decades’ worth of monitoring data from Canadian and American research institutions to analyze entanglements.

The heads of North Atlantic right whales have callosities, which are knobby white patches of rough skin. They are stocky and black in color. The distinctiveness of the patches makes it simple for the researchers to recognize specific animals. They lack dorsal fins and have pectoral flippers that are short and broad.

According to NOAA, right whales were called such because they were the “right” whales to hunt because they moved slowly and floated after being killed. Schick also notes that right whales can be distinguished by natural markings on their heads.

The research team was able to search for indications of attached fishing gear or wrapping scars from entanglements on individuals’ bodies thanks to the detailed photographic catalog of them. They were able to calculate the number of distinctive entanglement events and the gravity of the injuries as a result.

The team can perform visual health assessments for each person using the same photographic evidence, and then use a statistical model to estimate an underlying estimate of health over the course of an individual’s lifespan. The team then looked at how these injuries affected survivorship and reproductive output.

Entanglements frequently occur when whales become entangled in the ropes holding underwater fishing equipment, such as lobster pots. The whale may only have minor wounds due to its superficial wounds. However, during more dangerous encounters, a fishing line may wrap tightly around the whale’s body, frequently resulting in serious injuries and necessitating the whale to use more energy to drag the heavy equipment behind it.

Researchers discovered that male right whales with severe injuries from gear had an eight-fold higher mortality rate than those with only minor wounds. The lowest birth rates were observed in females who had endured serious injuries, Treehugger reports.