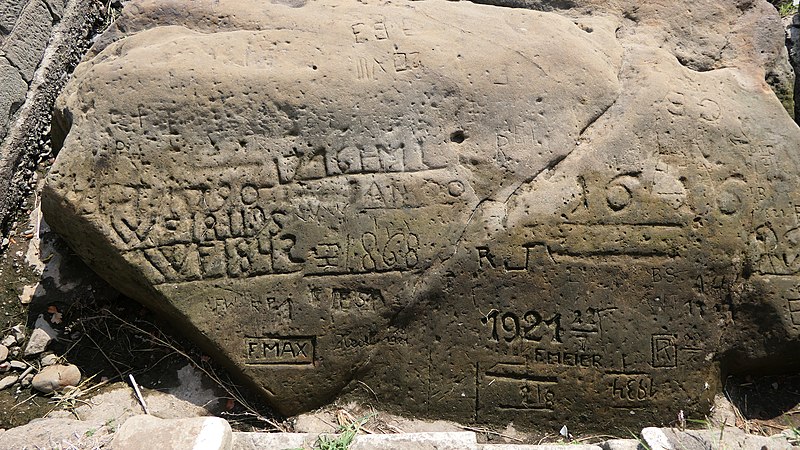 A severe drought resulted in dried rivers throughout Europe, exposing hunger stones that were carved several centuries ago to warn future generations of difficult times to come.

The “hunger stones,” which have been around for centuries, resurfaced last week, according to locals, due to the dried rivers in Europe as a result of the drought.

On the banks of the Elbe River, which rises in the Czech Republic and continues to flow through Germany, is one such stone.

The warning, which is written in German and can be translated to mean that if anyone sees the boulder, they should weep, is etched on the 1616-era boulder.

A group of Czech researchers reported in 2013 that the basic inscriptions on these boulders warn of the effects of drought and are chiseled along with the years of turmoil and the initials of authors who have since been lost to history.

According to the researchers, the drought caused a poor harvest, food shortages, high prices, and hunger for the underprivileged.

According to NPR, the last time these “hydrological landmarks” appeared was in the drought of 2018.

Andrea Toreti, a senior researcher from the European Commission’s Joint Research Center, says that the drought that Europe is presently dealing with might be the worst in five centuries.

At a press conference on August 9, Toreti stated that the 2018 drought was unlike any other occurrence in the previous 500 years. He believes that the drought this year is worse, though, with dried rivers in its tow.

He added that there was a very high likelihood that the dry weather would persist for another three months.

Droughts that are more severe and common are being linked to climate change by a growing body of research. Rising temperatures push evaporation to happen faster as precipitation changes.

Read also: “Catastrophic” Drought in the Horn of Africa Kills Over a Million Livestock

The European Drought Observatory reports that 47% of Europe is experiencing drought warning conditions.

This means there is a lack of moisture in the soil, and another 17% are experiencing alert conditions, which indicates stressed vegetation.

The drought has caused other hidden artifacts to surface in European rivers in addition to the stones.

The largest river in the nation experienced its lowest water levels during the worst drought in 70 years, which led to the sunken shipwreck of a barge from World War II reemerging in June.

More just a few weeks ago, in late July, a 1,000-pound World War II bomb that had been submerged in the Italian river due to drought was discovered, according Reuters.

The bomb was discovered by fishermen on the Riverbanks of Po, according to the local official, because of a decline in water levels brought on by the drought.

It had to be safely removed by experts, Science Alert reported.

Related article: Drought in Western US Could Last Until 2030 Due to Climate Change

How to gain a competitive edge in grant writing
Here’s how we’re positioned in four sectors and some of the stocks we like in each
Watch BMW’s new ‘Mad Max’ electric Dune Taxi climb some of the tallest sand dunes known to man
What’s In The Winter Box #shorts
1-in-2-Million: Fisherman Celebrates Rare Blue Lobster Catch in Maine