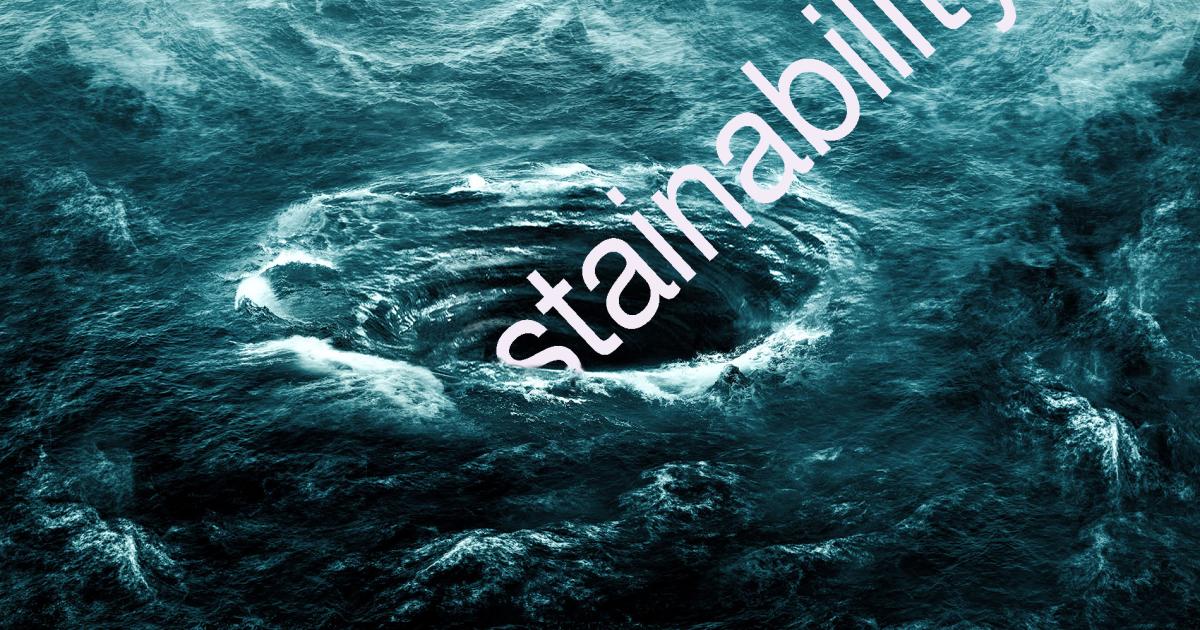 How should companies talk, credibly and effectively, about their sustainability and ESG initiatives to the external world?

It’s a big, complex question with many dimensions. And, like most broad sustainability questions, the answer begins, “It depends” — on the company, who it’s talking to, what it’s talking about and how its messaging fits with the company’s overall “voice.”

That’s just for starters. It also depends on the purpose of the communications: Is it to sell stuff, attract talent, placate activists, keep up with competitors, delight the C-suite or any of several other motivations for sending out a press release, refreshing a web page or sending the boss out on the speaking circuit? In most cases, it’s several of these motives, if not “all of the above.”

Or, what I’ve dubbed the Bermuda Triangle of sustainability messaging. That is, a place where so many well-intentioned messages lose their way, sometimes never to be seen again.

The state of corporate sustainability communications is dismal. It’s not just the comms folks’ fault.

We’ve just announced our first-ever GreenBiz Comms Summit, part of next February’s GreenBiz 23 conference, where we’ll explore the challenges companies face in seeking to navigate and survive this all-too-common destination, and engage in some hands-on exercises.

More on that in a moment.

As a lifelong communications professional dedicated to sustainability, I’ve been fascinated with — and sometimes appalled by — companies’ attempts to convey messages around sustainability topics. So many of their efforts seem amateurish, as if they’ve assigned this particular task to a newbie who has little knowledge or context about the topic or audience. Or perhaps it’s seen internally as a mere check-the-box exercise outside the company’s “normal” communications, thus warranting minimal effort or scrutiny.

In any case, I can’t tell you how many press pitches we receive that are cringeworthy — that invoke the notion, for example, that “You can save the earth and make money, too!” Or some version of Kermit the Frog’s song “It’s Not Easy Bein’ Green.” (Those lyrics are now 52 years old, possibly twice the age of the PR team members who lazily shovel it into a press release or media pitch. Also, it was never intended to be about sustainability — it was about being a frog!) Or any of a number of other hackneyed expressions. Or pitches that are full of statistics but lack a narrative. Or that try to pitch too many complex concepts at once. Or that assume the journalist — and the intended audience — has more grounding in sustainability or ESG topics than they likely do.

It’s not just the comms folks’ fault. The aforementioned Bermuda Triangle comes into play when the sustainability and comms teams work out some verbiage — sometimes a challenging process by itself, according to my friends in both departments — then run it by corporate counsel, whose job it is to keep the company out of trouble. That’s often where the personality and passion of a company’s sustainability communication can be stripped away.

Indeed, the two most feared words in that three-way relationship may be “legal review.”

The result: A meh-sounding communication that consists largely of 1) an announcement, sometimes of dubious significance; 2) a recitation of the company’s overall sustainability commitments and achievements; and 3) a well-crafted, often banal, statement from a company leader and/or external partner.

Is it any wonder that the media rarely covers these things?

I’m not blaming any one of these three parties — each is doing the job for which they were hired. It’s the interaction among them that seems fraught:

Of course, many larger companies outsource their sustainability communications, and sometimes their legal review, to outside firms. And there are many terrific firms out there, some with deep expertise in sustainability and ESG topics. But those external firms can bring their own challenges. Public relations, in particular, seems to be a profession that attracts a lot of young people, who use their job as a stepping stone to some other position, meaning they don’t stick around long, even if they remain in PR. (Many go “inside,” joining a client’s comms team.) As they move on, whatever insights, experience and institutional knowledge they’ve gained leave, too.

What needs to happen? For starters, let’s bring sustainability, communications and legal professionals together and have them share perspectives and experiences. Have them craft messages together, then have those messages critiqued by a multidisciplinary panel: a reporter, an activist, an investor and their peers. Help them understand how their work meshes, or doesn’t, with the other legs of the triangle. Let them share what they’re learning, together, in real time.

That’s what we’ve planned for the invitation-only Comms Summit, which will take place over two half-days, from midday Feb. 13 to midday on Feb. 14, ending just as GreenBiz 23 gets underway. We’ll bring together 200 professionals, a mix of the three professions, to explore what’s working, what’s not and what can work better.

The summit represents the launch of our growing focus on sustainability communications by large companies.

This is no small exercise. In a world of growing interest in — and pushback on — sustainability, net zero, ESG, the circular economy, climate tech, a just transition, social justice and other topics, getting the messaging right will be of increasingly greater importance for companies, B-to-B as well as B-to-C. In some cases, it could help determine who’s seen as a leader and who’s seen as greenwashing.

If companies can’t get the messaging right, they’ll be hampered as they advance their often-ambitious sustainability initiatives, commitments and goals. But if they can, it could make a world of difference.

To learn more about the GreenBiz Comms Summit or to request an invitation, visit here.

Thanks for reading. You can find my past articles here. Also, I invite you to follow me on Twitter and LinkedIn, subscribe to my Monday morning newsletter, GreenBuzz, from which this was reprinted, and listen to GreenBiz 350, my weekly podcast, co-hosted with Heather Clancy.

Amazon loses PillPack founders four years after acquisition of pharmacy startup
What’s In The Winter Box #shorts
Here’s how we’re positioned in four sectors and some of the stocks we like in each
DART’s Impact with Asteroid Dimorphos (Official NASA Broadcast)
Biden may soon put a floor on sinking oil prices. That’s good for our energy stocks