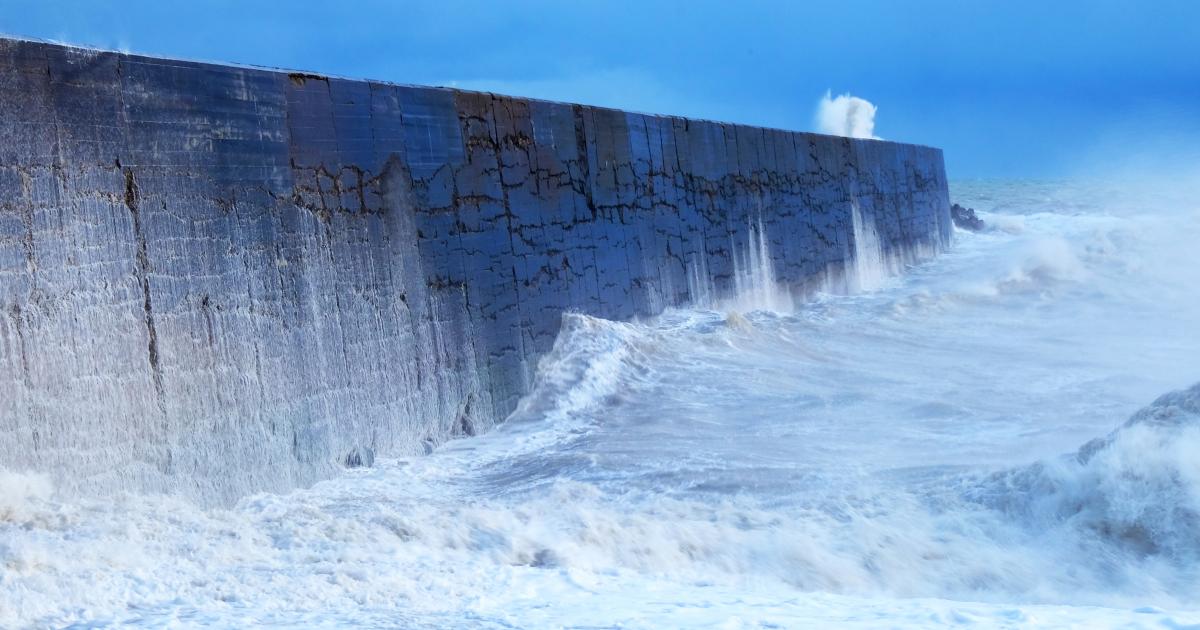 Coastal communities around the world are fighting one of the most recognizable symptoms of climate change; seawater rise. In an attempt to combat flooding, cities from Sydney to San Francisco erected seawalls in a bid to prevent rising waters from overrunning infrastructure.

But Australia-based Macquarie University associate professor and The Living Seawalls project co-leader Melanie Bishop said in an interview, “Ironically, replacing natural defenses with hard seawalls can make coastlines more vulnerable to climate-change-exacerbated events.” Bishop is describing the effect that human-made construction has on natural estuaries and coastal defenses — namely destructive. So the question becomes how do we prevent future ocean events from creating catastrophes?

According to Bishop, living seawalls — a form of eco-engineering that 3D prints structures designed specifically to mimic local marine habitat to be attached to already existing structures such as seawalls and mining rigs. Once in place, their presence helps rehabilitate the local ecosystem, encouraging local fish, mollusks and marine plants to return to the area. The area (ideally) sees an about face in water quality thanks to filter feeders such as barnacles and oysters, an increase in biodiversity and even a drop in water temperature. Additionally, this rehabilitation of coastal ecosystems will help minimize the impact of natural disasters such as flooding caused by earthquakes and hurricanes.

The Sydney Harbor Living Seawall project began in November 2018. The project, headed by researchers, works with Reef Design Labs (RDL) to handle the 3D printing of individual artificial structures, first designed by the Sydney Institute of Marine Science. Each structure is designed to mimic the texture and porousness of coral and then pieced together like a puzzle onto the cement walls. Various nooks and crannies deliberately located on each structure have the capability to provide a base for any small, coastal marine creature. And the researchers were able to detect colonizing marine bacteria within four months of installation.

The eco-engineering project is proving to deliver on its environmental promise. In a study released by the team in July, Bishop stated, “We found 115 different species colonized the [sea]walls over a two-year period — comparable to the number of species that we see on natural rocky reefs, and about 20 percent greater than what we see on unmodified seawalls.”

The U.S. is following Australia’s lead. The Port of San Francisco, in partnership with the Smithsonian Environmental Research Center, is running a living seawall pilot in three locations across the bay. In the announcement for the project, Executive Director of the Port of San Francisco Elaine Forbes said, “The Living Seawall Project is another important opportunity to demonstrate the Port’s commitment to engineering with nature resilience solutions.” Similar to its counterparts down under, the living seawalls are designed to mimic native naturally occurring structures that harbor marine biodiversity, such as mangrove roots and coral growths. Ninety one-foot square tiles will be secured along previously erected structures and will be monitored for at least two years to observe and catalog the pilot program.

On America’s east coast, Kind Designs in Miami has developed a fast and inexpensive 3D printing process to accelerate living seawall growth. While typical seawalls last 30 to 40 years before degrading, Kind Design’s products are designed with a longer lifespan in mind. The company uses recycled marine plastic fibers to reinforce the lifecycle of its living walls.

As studies across the globe commence and publish favorable data, living seawalls will continue to be attractive to cities dealing with rising oceans and the pressure to restore biodiversity. Creating concurring stability in both nature and humanity’s ecosystems in the face of climate change can only benefit the fight to mitigate the impacts of the climate crisis.

How fast fashion can cut its staggering environmental impact
Biden may soon put a floor on sinking oil prices. That’s good for our energy stocks
Scientists are using AI to dream up revolutionary new proteins
How can energy storage maximize decarbonization? This new consortium has an idea
Lynk Global gets first commercial satellite direct-to-cell operating license