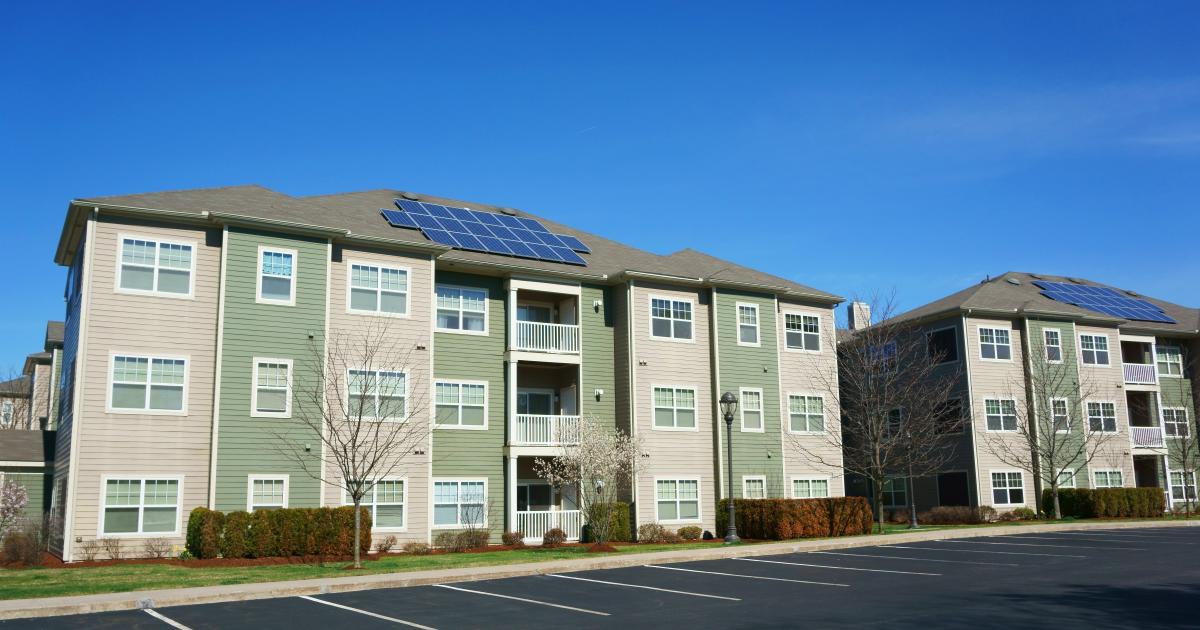 Over the last 15 years, community solar in the United States has grown dramatically: Installed community solar capacity increased almost 700 percent between 2006 and 2019.

But these gains have not always translated into access for low- and moderate-income (LMI) customers. To support LMI participation in the clean energy economy and broader uptake of community solar, the development of catalytic partnerships — dynamic relationships that link utilities, non-profits, financial institutions, developers and other stakeholders to ease financial impediments — will be critical.

In theory, and sometimes in practice, community solar is a great option for LMI households that want to participate in their local clean energy economy, for several reasons. LMI households are more likely to rent rather than own their homes, meaning they cannot install solar on their properties. They are more likely to live in a home with roofing issues, which can complicate rooftop solar panel installation. Furthermore, rooftop solar — with some exceptions — generally has upfront costs that can be a financial barrier for LMI households. (For more detail on how community solar can benefit LMI households, see our first article in this series.)

Community solar can address some of these problems. But too often, barriers — often financial ones —  remain and can limit LMI participation in these programs. Upfront costs can be prohibitively expensive, even if they save households money over time. That’s why partnerships between utilities, non-profits, financial institutions, developers and other parties can be game-changers, creating opportunities for LMI participation in community solar programs that would not otherwise exist.

Here are a few examples of how these kinds of partnerships work:

One example of a catalytic partnership can be found in Kentucky, where electric utilities LG&E and KU established a community solar program. For LMI households, the cost to participate in the program posed a significant hurdle. Although bill credits from the solar array’s production go directly to the customers who subscribe to shares of solar, the credit is not enough to offset the monthly cost. (One share is equal to 250 watts of solar that produces between 18 and 38 kilowatt-hours of energy per month.)

The inventive solution involved a utility, a non-profit and a philanthropic partner. In 2019, in consultation with LG&E and KU, Kentucky Habitat for Humanity (KyHFH) leveraged grant funding to subscribe to 180 shares of community solar from LG&E and KU. Then, it gifted the shares to 10 LMI households. The households received the benefits from the solar panels’ production without taking on the monthly subscription cost. These “gifted” shares are being used to lower LMI households’ electricity bills by a minimum of 30 percent. With the home performance and energy efficiency investments that Habitat has made, LMI households’ actual electricity bill savings are even higher.

In this case, to allow KyHFH to gift their shares to LMI households, LG&E and KU had to update their Solar Share Tariff, which required approval from the Kentucky Public Service Commission. However, other states may not have to obtain approval to set up such a program.

Of course, the bulk of KyHFH’s work is building and rebuilding housing to ensure LMI Kentuckians have safe, affordable and energy-efficient places to live. KyHFH leverages its existing funding to build new homes that are highly efficient and rebuild homes with energy improvements. By taking the next step and pairing home performance measures and energy efficiency upgrades with gifted community solar shares, KyHFH is ensuring that LMI households can lower energy use and contribute to the reduction of greenhouse gas emissions as much as possible. Through the gifted community solar shares alone, the 10 participating households saved an average of $27.94 per month and lowered their greenhouse gas emissions by 88.7 percent.

Too often, opportunities to participate in advancing the clean energy economy are restricted to households with substantial disposable income. Through the partnership of KyHFH, LG&E and KU, and funders, these households have been able to directly support the buildout of local, clean solar energy — an opportunity they would not otherwise have had.

Other innovative partnerships are advancing LMI participation in community solar programs elsewhere in the U.S. In 2020, Boulder Housing Partners (BHP), the city of Boulder and GRID Alternatives finalized the installation of a new community solar project completely dedicated to offsetting energy use for BHP and its residents. GRID Alternatives, a non-profit focused on boosting access to renewable energy and providing renewable energy education and training across demographic divides, installed the community solar array. GRID leveraged funding from multiple sources, including a municipal grant, developer equity, construction financing, and a program-related investment from a U.S. foundation.

BHP executed a land lease and solar subscription agreement with GRID. By acting as the “subscriber manager” for LMI households, BHP was able to reduce ongoing management and administration costs significantly. The community solar installation, also known as a solar garden in Colorado, will result in estimated energy cost savings of $647,237 over 20 years. Those savings will serve the dual purpose of reducing BHP’s operating expenses and providing direct utility bill savings for residents.

The solar garden is part of BHP’s sustainability initiative to become 100 percent powered by renewable energy. As one of the first solar gardens in Colorado to be dedicated solely to low-income households, this example demonstrates how housing authorities and non-profit housing developers can partner to maximize the energy and cost savings that solar can provide to residents.

Other parties, such as corporations and solar developers, can also play a role in advancing community solar for LMI communities. Earlier this year, FedEx installed a 915 kW solar facility on the roof of a warehouse in Washington, D.C., which will generate enough electricity every year to power 150 homes. FedEx also worked with So Others Might Eat (SOME), a local non-profit that provides services to individuals experiencing poverty and homelessness, to set up an arrangement with ripple effects far beyond the facility.

The solar installation will generate electricity bill credits based on its production, a portion of which will be allocated to SOME. Just as Boulder Housing Partners is using some bill credits to reduce its own operational costs, SOME will use the credits gifted by FedEx to significantly reduce its energy bills. The credits will offset the yearly electricity costs of two SOME facilities, an affordable housing development and a program center for individuals experiencing mental illness or homelessness. Thanks to this partnership, SOME will be able to reinvest these savings in its core mission. Sol Systems, the developer of the solar installation, is also playing a role, matching FedEx’s contributions in the first year and volunteering staff time at SOME for the lifetime of the project.

This project differs from previous examples in that FedEx is the sole subscriber to the facility, and it isn’t directly tied to specific household energy bill savings. However, the additional services SOME will be able to provide, thanks to spending less on utilities, will have a positive impact on the D.C. community.

From these examples and many more, some of which involve developers, financial institutions and other parties, a few lessons emerge:

Without a unified national effort, it will be difficult to reach the Biden administration’s ambitious goal of powering 5 million U.S. homes with community solar by 2025. And without catalytic partnerships that create more cost-savings opportunities for LMI households, it will be deeply challenging to get everyone on board. By looking closely at potential partnerships between non-profits, developers, utilities, financial institutions, housing authorities and others, communities can take the first step to advance a local, equitable, clean energy economy.

This article is the second in a series on bringing community solar to low- and moderate-income customers in the United States. Read the first installment here.

Lynk Global gets first commercial satellite direct-to-cell operating license
It takes a laboratory to avoid data loss
September Heat Wave to Bring Back Summer-Like Temperatures for the Central US This Weekend
Episode 332: What the heck is ‘nature tech’? A green building legacy
Old Voyager Data Has New Secrets About Uranus | SciShow News