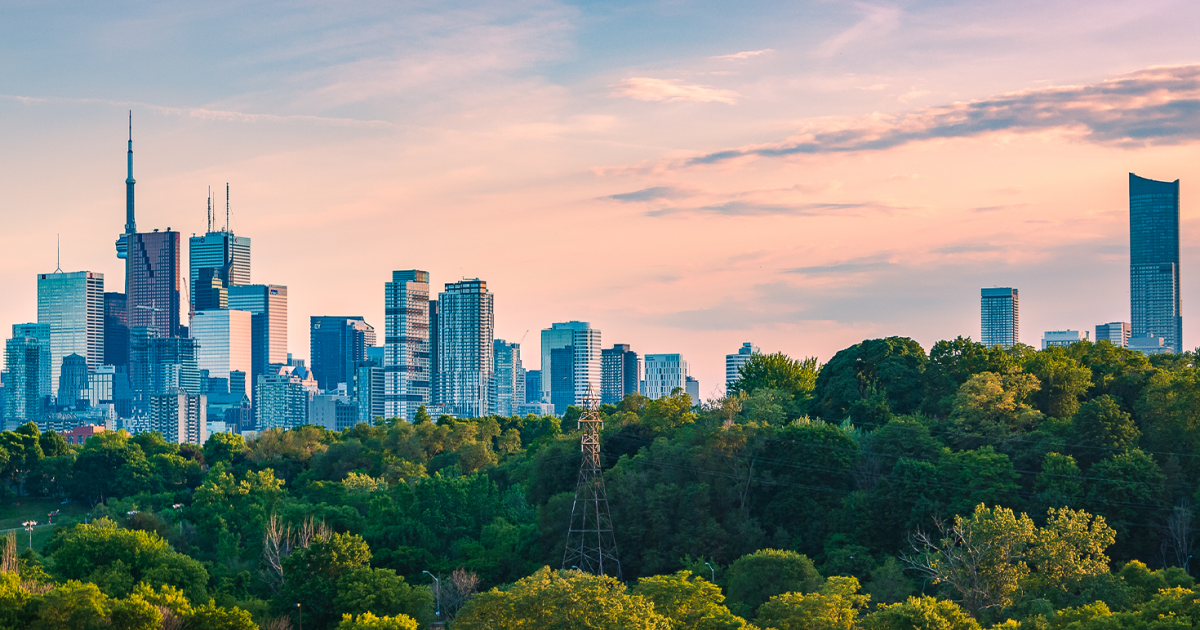 Once again, withering heat is upon us — setting records in many parts of the Northern Hemisphere, even here in usually temperate Seattle. Just walking a dog without completely melting down involves a zigzag path down the street, moving from one shady patch to another. Much of that shade comes from trees, which — in yet another irony of climate change — are disappearing in cities as fast as the temperature rises.

For decades, there has been an accelerating decline in urban trees, the victims of development, pests and inadequate city budgets. As a result, metro areas, especially neighborhoods experiencing poverty, have become “heat islands” — summer temperatures in certain neighborhoods are 15 to 20 degrees hotter than nearby suburbs with more trees and less pavement.

This unfortunate convergence underscores the reality that traditional ways of funding the planting and preserving of urban trees are not working. However, the problem has also given rise to a new investment opportunity in the fast-growing world of carbon credits.

What urban planners, city mayors and investors are discovering is that the humble city tree, once taken for granted, is an increasingly valuable asset.

When most people think of carbon credits, they think of preserving the tropical rain forests of the Amazon or reforesting Scottish moors. But what urban planners, city mayors and investors are discovering is that the humble city tree, once taken for granted, is an increasingly valuable asset. The trees that dot boulevards and make up urban green belts can bring much-needed shade and calm to millions of stressed city dwellers. At the same time, they can be a new source of revenue to municipal governments while helping companies meet net-zero targets — and provide investors with a rigorous and legitimate ESG investment.

A new take on an old idea

Introducing the “urban forest carbon credit.” Like their country cousins, urban credits repurpose a popular finance strategy that turns trees into an investable credit or asset that, in turn, helps cities and towns plant and protect trees. Like all carbon credits, their value stems from their ability to pull climate-warming CO2 out of the air — the bigger the tree, the more valuable the asset. The credits issued for tree planting projects and preservation of threatened trees are sold as “offsets” to companies producing greenhouse gas emissions that they can’t immediately eliminate.

Waking up to a new source of revenue

While the research on the long-term benefits of urban forests has been piling up for years, the opportunity is just dawning on city leaders, who have long tended to put planting and maintaining trees on the “cost” side of the ledger. Now they are a source of valuable revenue.

Leading the charge to turn green trees into carbon gold are the financial engineers at the fintech Regen Network, whose mission is to incentivize regenerative land use practices, restore ecosystems and reverse climate change. To achieve this, Regen has developed a global marketplace and contracting platform for what it describes as “ecosystem assets, services and data.”

While the deal size is tiny, the price for the urban carbon offsets purchased is the highest paid for a forest carbon credit.

While the deal size is tiny, the price for the urban carbon offsets purchased is the highest paid for a forest carbon credit.

According to Regen, the credits, representing some 31,000 metric tons of carbon, were bought at a price per credit of $34 to $45 per metric ton.

Putting a value on carbon sequestration is only one benefit of preserving urban forests. It also has a social impact. Adding and supporting existing trees helps cool the air, lowering the energy required for air conditioning.

Trees help manage rainwater runoff and provide green space, which is associated with positive impacts such as lower crime rates, improved mental health and higher birth weights. A study in the Journal of Forestry puts the benefits of urban trees in the U.S. at a value of $18.3 billion annually.

Perhaps most important, says Liz Johnston, director at CFC, “the projects… have a people component” with a direct impact in cities and sprawling exurbs where 80 percent of the U.S. population resides.

All this matters because hugging trees is no longer a laughing matter. Tree-lined streets and parks are part of the first line of defense in urban climate mitigation and adaptation.

Johnston says urban forest credits “offer an amazing array of co-benefits and have these incredible, compelling stories to tell in addition to the carbon offsets.”

All this matters because hugging trees is no longer a laughing matter. Tree-lined streets and parks are part of the first line of defense in urban climate mitigation and adaptation.

“A couple of years ago, I felt like I’d just get a little pat on my head, like, ‘Oh, aren’t you cute. You plant trees,’” says Leslie Berckes, program director of Trees Forever, a nonprofit in Des Moines, Iowa.

Not anymore. “For the past two years, though, it’s been: ‘We want you at the table. We need to talk about this.’ It’s been a huge shift — pretty quickly,” she says. Using carbon credits issued through CFC, Trees Forever has funded planting projects in Des Moines and Cedar Rapids.

To meet the urgency of climate change, Trees Forever secured a grant to scale up its efforts by aggregating carbon credits for tree planting projects in smaller cities and towns, where the need for shade is great, but the local government’s capacity and budget are even more limited.

“If you are looking at carbon credits, you need to plant lots of trees to get the carbon crediting numbers that companies want,” says Berckes. “A small town is not going to plant 1,000 trees. Sometimes 50 is a lot for them. Our grant is letting us experiment with aggregating all those small towns so that we have a bigger bundle to sell.”

Issuing carbon credits for tree projects in the city faces many of the same credibility challenges as those issued for projects in the wilderness: Does the project funded via credits include ensuring the trees survive? Do the credits actually protect or create something that would not have been without them? And is the investor in credits actually using them to offset emissions while also trying to reduce emissions, or are they using them to greenwash and then carry on with business as usual?

To overcome this skepticism, the CFC is undertaking several measures to ensure the reliability and credibility of the urban credits. The key is to make sure that trees underlying a carbon credit remain trees and are not mulched in favor of the latest real estate development scheme or urban redevelopment project.

To provide an incentive for the long-term care of the trees, City Forest Credits metes out 70 percent of the credits for new tree projects at intervals of zero, four and six years — and the remainder at years 14 and 26.

The key is to make sure that trees underlying a carbon credit remain trees and are not mulched in favor of the latest real estate development scheme or urban redevelopment project.

Despite the blindingly obvious need to preserve trees, organizing and managing offset programs is particularly complex in an urban environment with multiple competing interests for the use of the land. Tree cover in U.S. cities and towns is declining by about 175,000 acres of trees annually, according to a 2018 study published in the research journal Urban Forestry and Urban Greening.

The threat of encroaching development and rising land appraisals are some key factors used to award carbon credits that can help preserve these green oases from development for up to 100 years.

Getting local governments on board

One carbon credit application in the works is by the nonprofit Green Minneapolis, working with the city’s Parks and Recreation Board to plant 23,000 trees over three years.

What’s good for American cities is also good for American companies, both for meeting carbon emissions targets and for visibility in communities. PayPal and Jonathan Rose Companies have purchased urban forest credits issued by CFC. Microsoft and Bank of America have created investment funds and then donated the credits back to the nonprofits or municipalities leading the projects.

Regen Network, whose original $1 million purchase snapped up all of the urban carbon credits available at the time, wants to take it one step further and plans to digitize the credits and offer them for sale through its blockchain platform. Regen says it is impressed with the “rigor and transparency” of the carbon protocols used to issue the urban forest credits and that they make a compelling case to investors who seek offsets.

It’s also part of their efforts to redefine a financial asset by developing new digital nature-based assets that can be bought and sold. Regen likes to say they are building an asset-based “infrastructure for the climate crisis.”

But urban forest credits may provide an even more compelling addition to the often confusing world of carbon credits — they are relatable: People instantly understand the benefits of planting trees in urban areas.

“The direct environmental and social impacts give the credits a human face and story,” said Sarah Baxendell, director of business development at Regen Network.

And not a minute too soon. The need for more trees is getting harder to ignore as cities across the U.S., from Ogden, Utah to Mineral Wells, Texas, witness record high temperatures. Financial innovation such as urban forest carbon credits can play a critical role in matching these valuable green assets with the financial green required to save and nurture them.