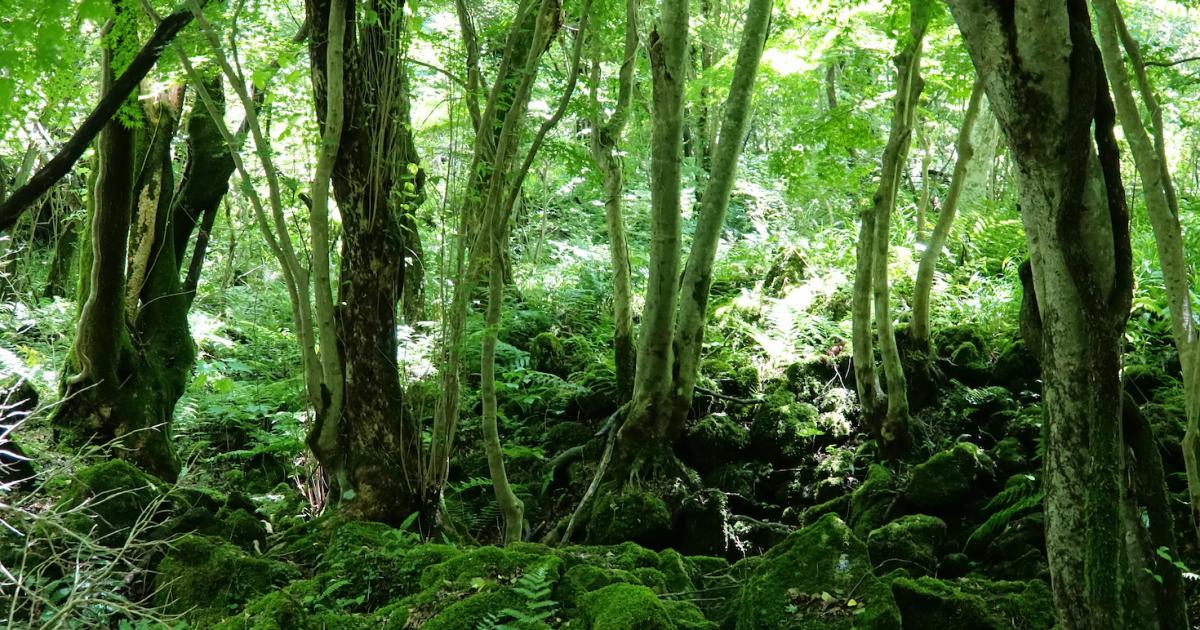 There’s no shortage of superlatives when it comes to describing the Inflation Reduction Act. With $369 billion in diverse climate provisions, it’s the biggest climate bill passed in the U.S. during the country’s most politically divided era. And even with all of the dollars and drama, one marvel that hasn’t broken through is that this new law takes a historic approach to using nature to tackle the climate crisis — to the tune of roughly $30 billion.

How did nature-based climate solutions retain such a large role in this climate legislation despite the bill’s severe cutbacks in the final negotiations? Aren’t nature-based solutions the “forgotten solution,” always sure to be the first one on the cutting room floor? What made this time different? Corporate leaders’ five-year embrace of nature-based solutions may have played a big role.

The embrace began in earnest during the 2018 Global Climate Action Summit, which named “land and ocean stewardship” as key challenge area for the world’s leaders. It felt like every voice, including those of corporate leaders, named the role of nature as indispensable. The commitments announced on nature-based solutions stood tall alongside clean energy and other sectors.

Since that time, government and private sector leadership on climate have been entwined in an upward spiral. For example, while the states of the U.S. Climate Alliance developed and implemented their Natural and Working Lands Challenge, we saw the parallel maturation and rapid expansion of corporate initiatives such as Walmart’s Project Gigaton, and the growing entrance of new companies to nature-based investment.

This momentum accelerated in 2020 with the election of President Joe Biden and a pro-climate Democratic majority. This was paralleled by the development of the 1t.org U.S. Chapter, the most diverse forest coalition ever, featuring huge corporate forest-climate pledges alongside pledges ranging from state governments to the Girl Scouts. Just consider Aspiration, which made an initial 1t.org U.S. pledge of 101 million trees by 2030, and has already revised that to 1 billion trees because it smashed its initial goal in one year, powered by its customers.

I can say from direct experience that this sent a message to elected officials who care about climate. I have done direct advocacy on forests and climate change since 2007, and for much of that time, it was forestry organizations advocating for the role of our sector as part of the solution.

Having companies from across the economy validate forests and other natural climate solutions has provided a whole new level of credibility. Further, it has demonstrated to lawmakers that when they put precious public dollars into nature-based climate solutions, they can expect matching private funds and a ready field of implementers who will turn public dollars into results.

That positive impact includes both obvious and subtle ways companies have helped ready the field. Consider that the Inflation Reduction Act includes a stunning $1.5 billion for equity-focused urban forestry grants through the U.S. Forest Service. Lawmakers were willing to make this investment because they saw the existence of well-prepared urban forestry partnerships in cities around the country, from Phoenix to Detroit, Seattle to Miami, that have been powered with help from companies such as Bank of America, Salesforce and Microsoft. This support has included developing Tree Equity Score analysis so cities can drive their investment with hard data, capacity building for frontline partners and funding workforce development programs.

Lastly, corporate leaders have stepped up to use their connections to lawmakers to advocate for nature-based solutions right alongside their direct business interests in a bill such as the Inflation Reduction Act.

Combining public and private forces together can make the difference between effective steps on climate change and game-changing leaps and bounds.

Microsoft, Walmart and Salesforce spoke out the most for this legislation on Twitter and LinkedIn, according to analysis by the non-profits Influence Map and ClimateVoice. But many more companies helped advance this legislation and spoke for the nature-based investment within it. As another example, 30 companies ranging the spectrum from outdoor industry leaders (REI) to multinational consumer goods (Unilever) signed a letter of support for the bill in contrast to the ones published by major trade associations.

I write all of this not just as a backward-looking celebration of corporate leadership. There are a few critical lessons here.

Each of these points offers opportunities to reassess current nature-based efforts, and to design future corporate engagement for maximum uplift. This will take on even more importance as the Inflation Reduction Act is implemented, and corporate partners will have the opportunity to strategically align their dollars and their advocacy to further rigorous, speedy and scaled implementation.

We can also expect implementation to spur more traditional public-private partnerships. To carry out the bill’s ambitious goals, the government will need new systems, improved supply chains and better data collection. It’ll also need help recruiting, training and mobilizing a new workforce. Who better to answer this call than the diverse set of corporations who helped inspire this funding in the first place?

Combining public and private forces together can make the difference between effective steps on climate change and game-changing leaps and bounds. It could be the difference between planting a few trees and shading whole cities; restoring a few acres or bringing resilience to whole landscapes; fighting climate change’s worst effects and actually reversing global warming.

Let’s make this historic moment even bigger and take this opportunity together.

Siemens commissions one of the biggest green hydrogen production plants in Germany
How to delete duplicate photos with Apple’s iOS 16
Worth it: Building demolition and reuse
Control of cell state transitions
Return of Wolves in Oregon’s Cascade Mountains Gives Experts Hope for Conservation